Let us first dispel a couple of myths.

One website says that “reproduction Carnival is shinier, while older Carnival has a satin, almost velvet iridescent finish” This is very misleading - it suggests an easy-fix solution that belies the complexity of the truth. Millersburg’s Radium Carnival, for example, is very shiny indeed, as are many Imperial examples.

Another website advised that “comparing the piece's pattern to original Carnival Glass patterns available in company catalogues can be helpful.” That seems like wishful thinking, as it is not always practical or possible.

Reissues and reproductions are contemporary pressings using original or re-made/re-engineered moulds. They were not usually made to mislead an unwary collector, but once in the secondary market they have the potential to cause problems if not correctly identified.

Reissues - used to describe new/contemporary pieces made by the original maker. They could be from the old mould (which may have been re-engineered or re-cut if they were worn or not working properly), or an entirely new mould based on the original pattern. For example, Fenton in the USA made a wide range of items in their old, original patterns, which mostly are marked with their trademark logo - read "Fenton Old and New".

Reproductions - new/contemporary items that are made from old or re-made/re-engineered moulds by a different factory to the original maker. For example the pieces made by Summit using old Westmoreland moulds. Re-made or re-engineered moulds may be in different shapes to the original old ones, or have some pattern differences. Sometimes they will carry the new maker's mark (or signature) but not always. In some cases, contemporary Carnival was (and is) being made without removing the old, original maker's mark.

Always check for makers' marks
​
There’s a lot of misleading information about these reproductions on the internet. One source claims that the flared rim on the nut bowls is only found on the originals, but if you look at the L G Wright illustrations above, you’ll see that’s not the case – the reproductions were also made with flared rims.
Look at the Base
Above is a picture of the underside of the base of the vases: the reproduction glistens with iridescence while the original Dugan one is not iridised. As evidence, of a reproduction, it is compelling. No need to look further.
Know your Classic Carnival colours and shapes

Check out the Dahlia tumblers and pitchers above (the reproductions are the red ones, made by Mosser). Immediately you can see that the reproduction tumbler has a different shape and different pattern details from the original Dugan one. There are four dahlia flowers on the old Dugan original and only three on the contemporary Mosser one, which also serves to immediately distinguish between old and new.

But while the new tumbler is very different from the old version, the new and old pitchers are very similar. The best way to distinguish between new and old pitchers is to look at their bases for iridescence. The colours that they are produced in can also help: the red here is rather obvious, and Mosser made a gorgeous Hunter Green Carnival version. Dugan did not make the originals in either red or green!

But Mosser do make a purple Dahlia too—and it boasts a stunning iridescence.
Look for small things

Sometimes the evidence is tiny and needs to be searched for—a good example is the single scalloped line on the top edge of the Fieldflower tumbler reproductions. The Classic old tumblers made by Imperial have a double scalloped line that matches the double scallop below it whereas on the new tumblers, the top line is a single scallop. Imperial reproduced their Fieldflower pattern, but these were marked with successive Imperial/Lennox logos—Summit subsequently also made the tumbler and indeed some examples are also marked with the Rosso (wholesaler) logo.

But some reproductions are unmarked and it’s worth knowing what to look for as it can save you a lot of money!

Read more about reissues and reproductions - click on any image below 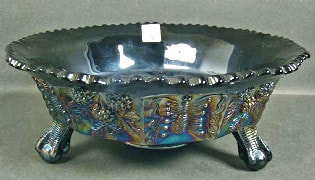 Butterfly and Berry - Reissues and Fakes 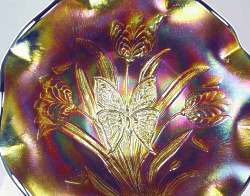 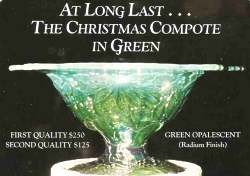 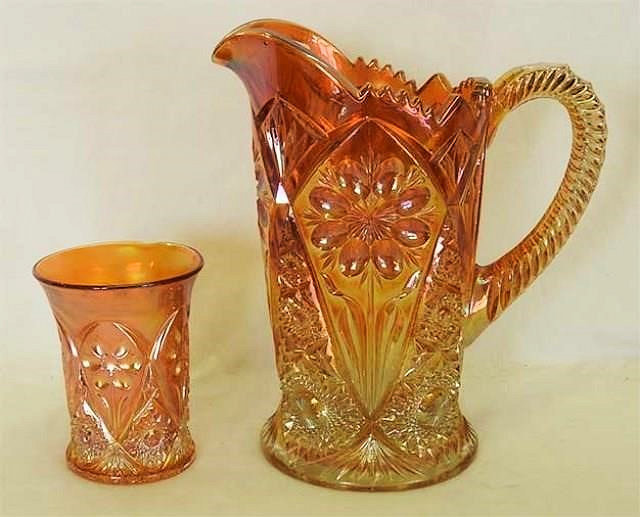 Four Seventy Four and its "look-alikes" 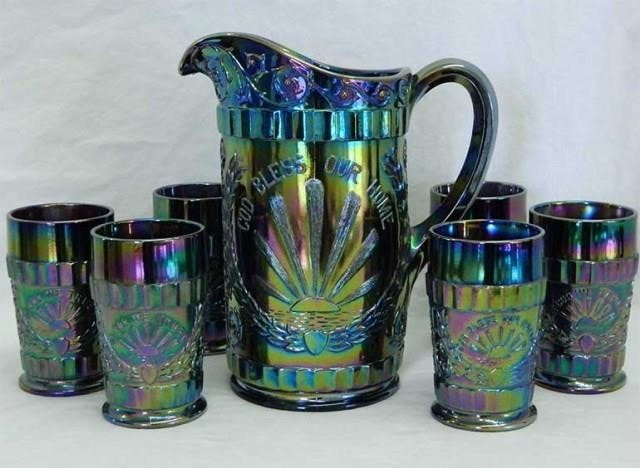 God and Home: The Story Behind the Glass 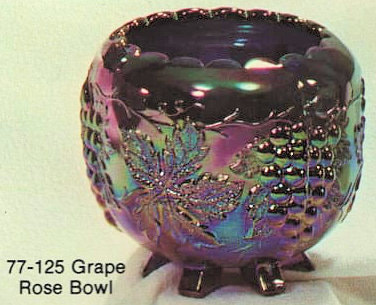 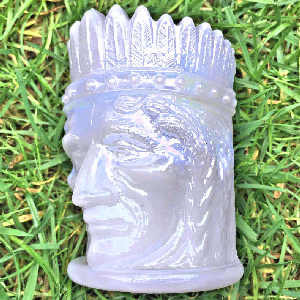 The Hobby Bill could have changed everything! 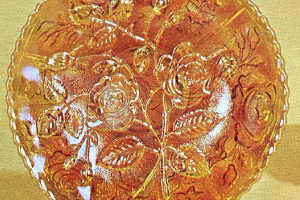 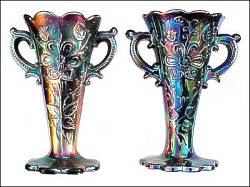 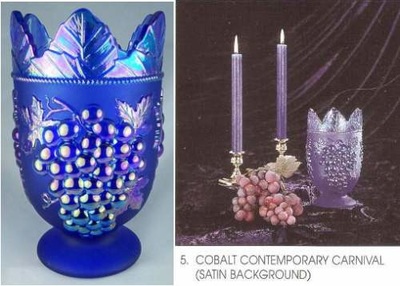 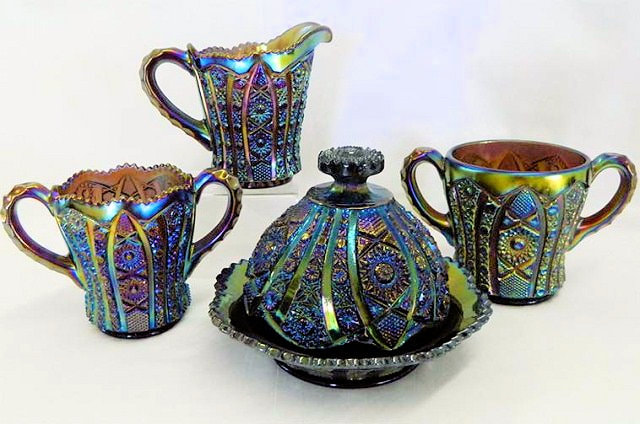 Octagon and its look-alikes 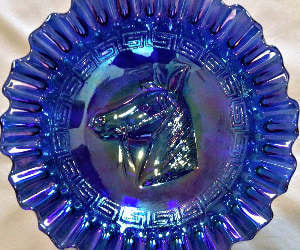 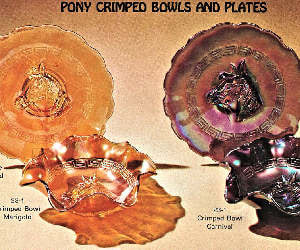 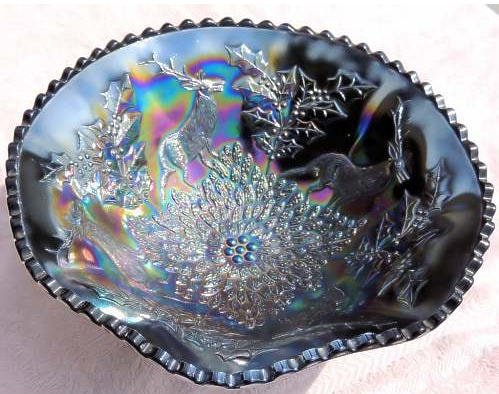 Stag and Holly Fakes
Copyright © 2023 by G&S Thistlewood and the individual authors and contributors where named. Protected under all applicable international laws and all rights are reserved. No image, text, or any part thereof may be copied, shared or transmitted to others without permission from the Copyright holders. Information herein may not be posted or made available, in whole or in part, on any website, social media site, FTP site, electronic bulletin board, newsgroup, or their equivalent.