Tony told us that their “Pony collection was purchased directly from Gary and Dodie for the most part with a few pieces found out ‘in the wild’.” He further explained that he was “not sure about the number of Pony pieces made by shape or by color, but I know no more that 100 of any color” were produced, adding "I suspect a few of these pieces are one of a kind, especially all of the painted examples."

After the initial Revival era re-issue of the Pony items by Westmoreland for L.G. Wright in the 1970s (see our NetworK ezine #91 for the original Wright catalogue illustration in 1976) the Pony mould was then used to make a variety of Carnival examples at Mosser for Gary Levi (Levay Glass). Red and vaseline opal Pony plates and bowls were made by Mosser in 2004. Tony tells us that some of the other colors (as shown in the gallery here) were made a year or two later, indeed the DeMichaels have some signed in 2006 and 2007.

There is a number shown on each piece: the number corresponds to the details of each piece which is included at the foot of the page.
Click on an image in the gallery to see the piece in full size format. 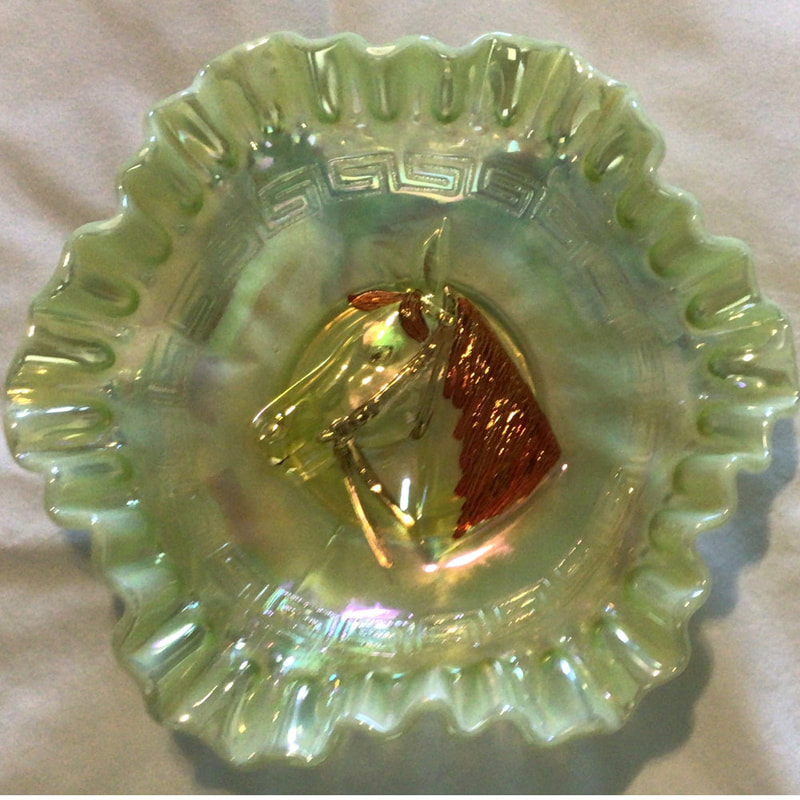 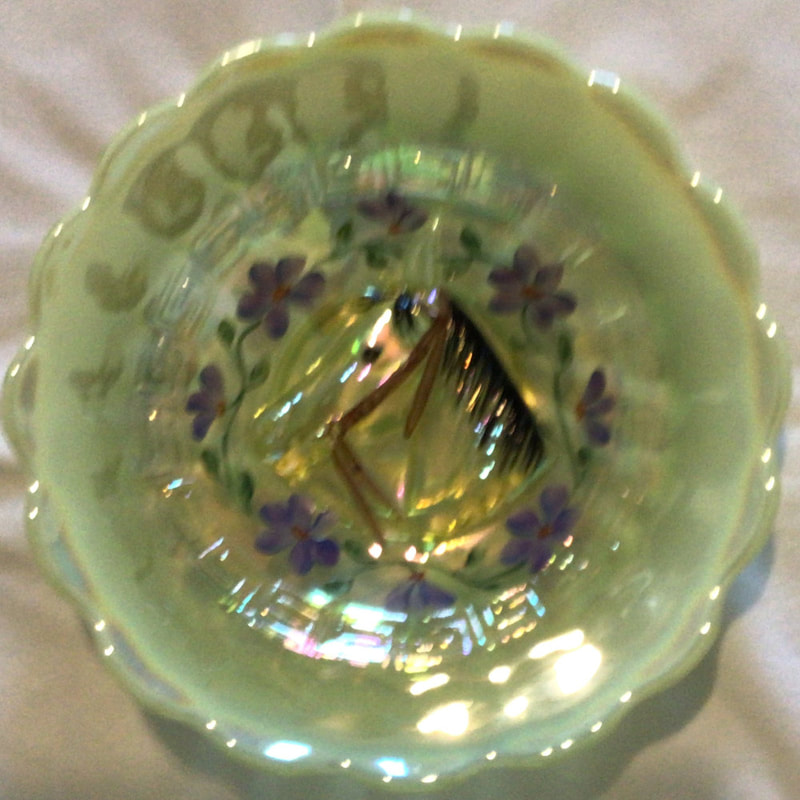 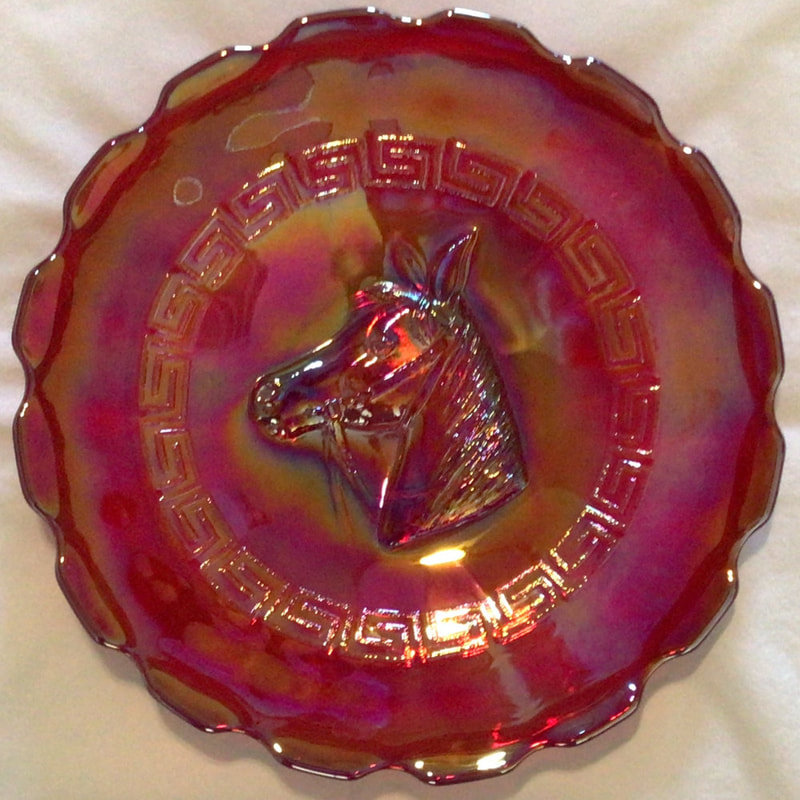 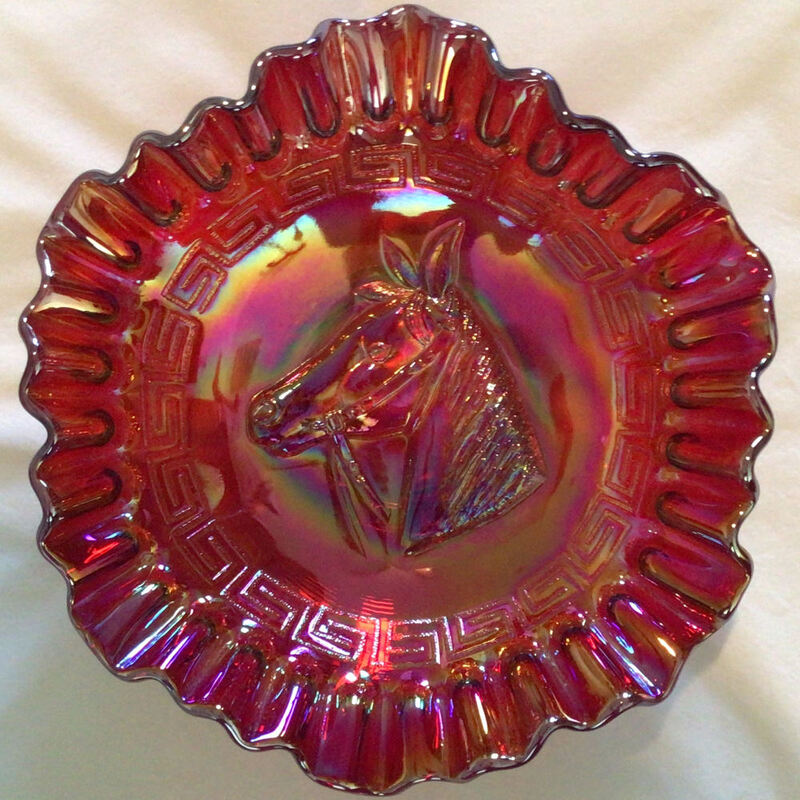 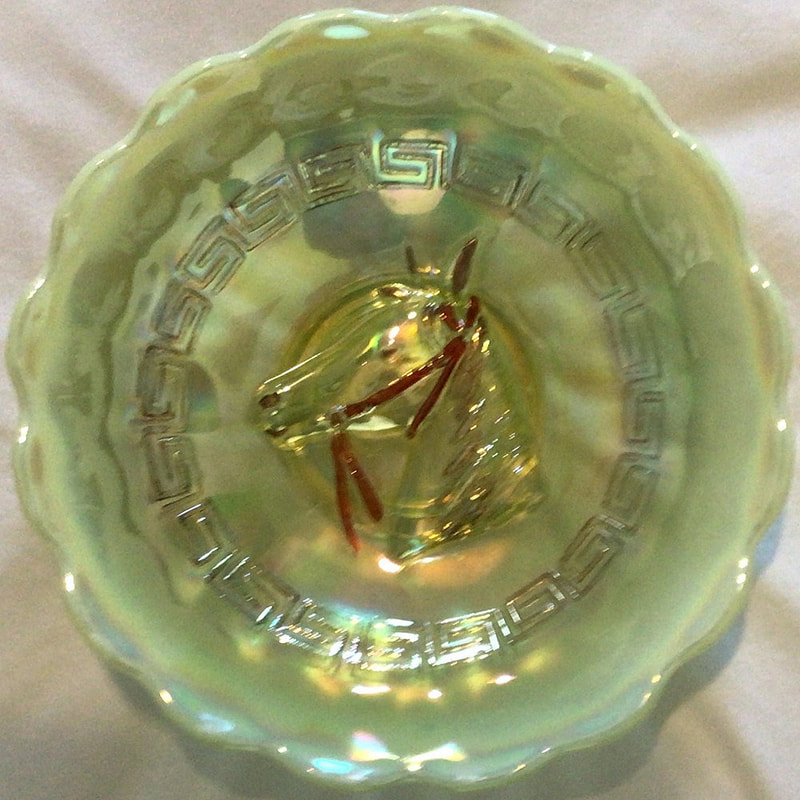 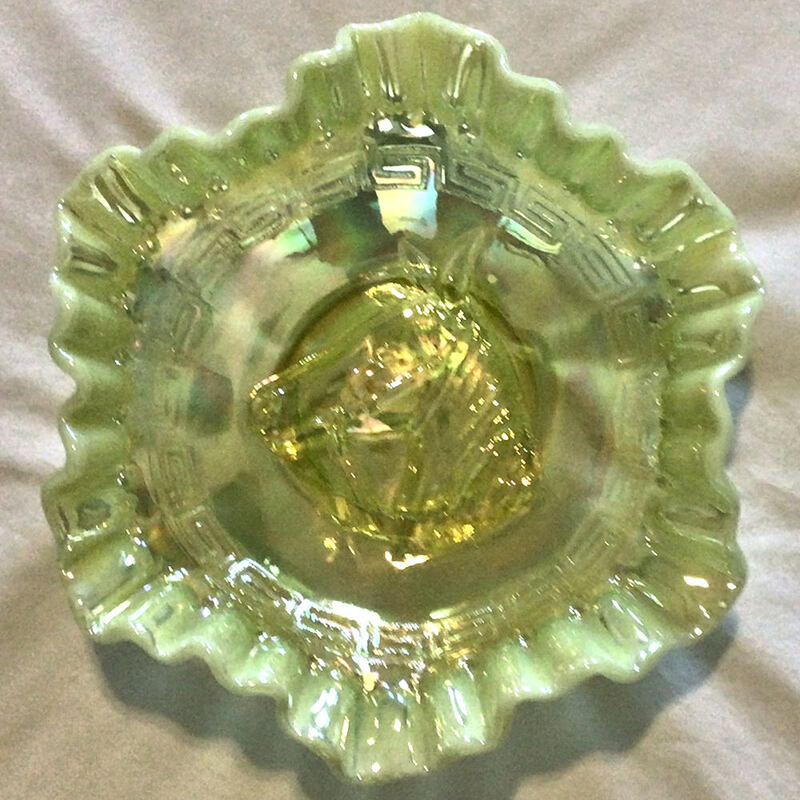 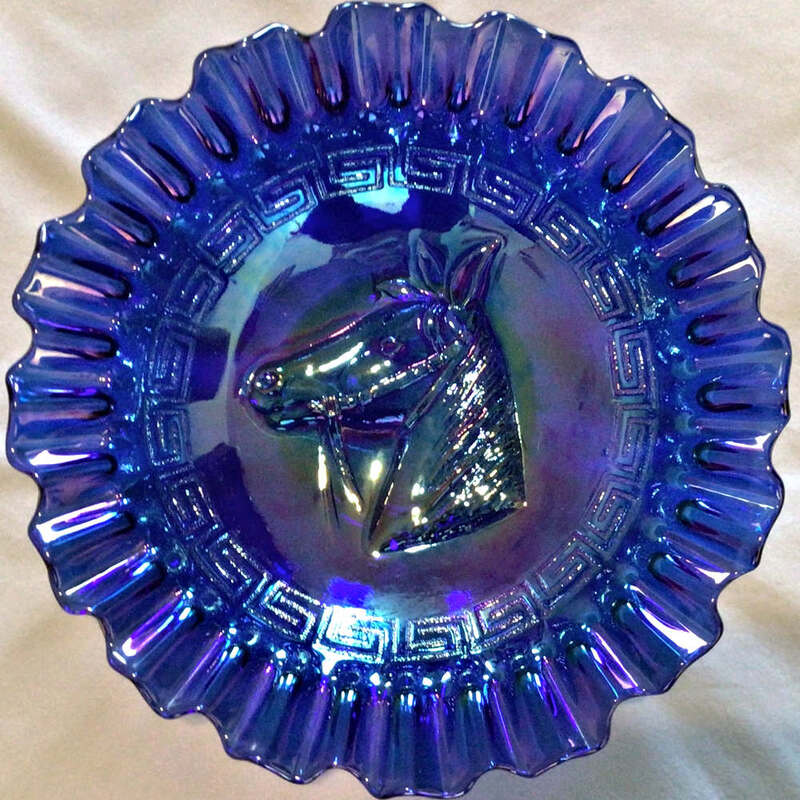 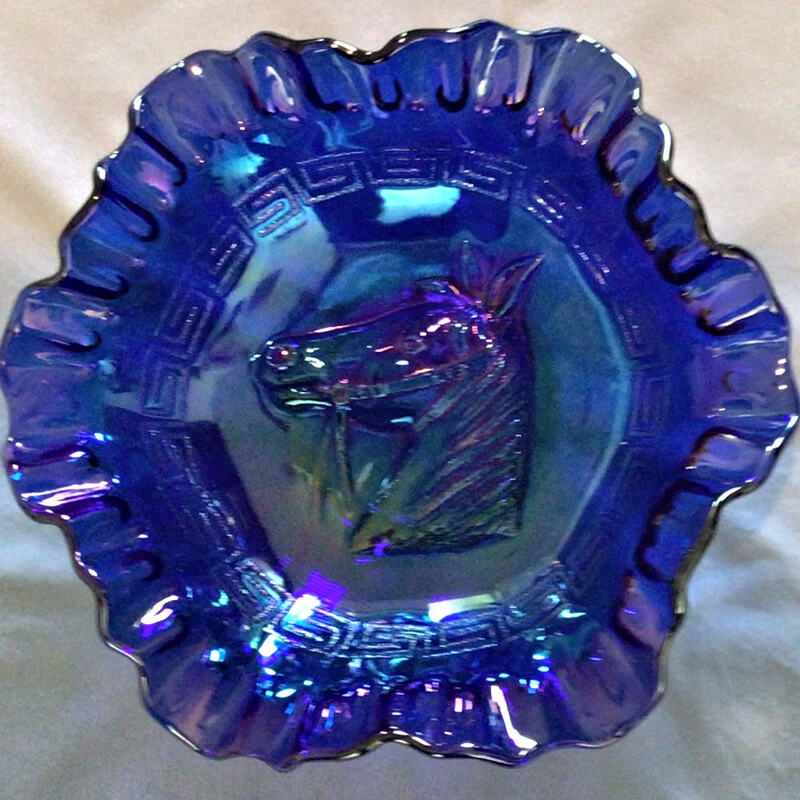 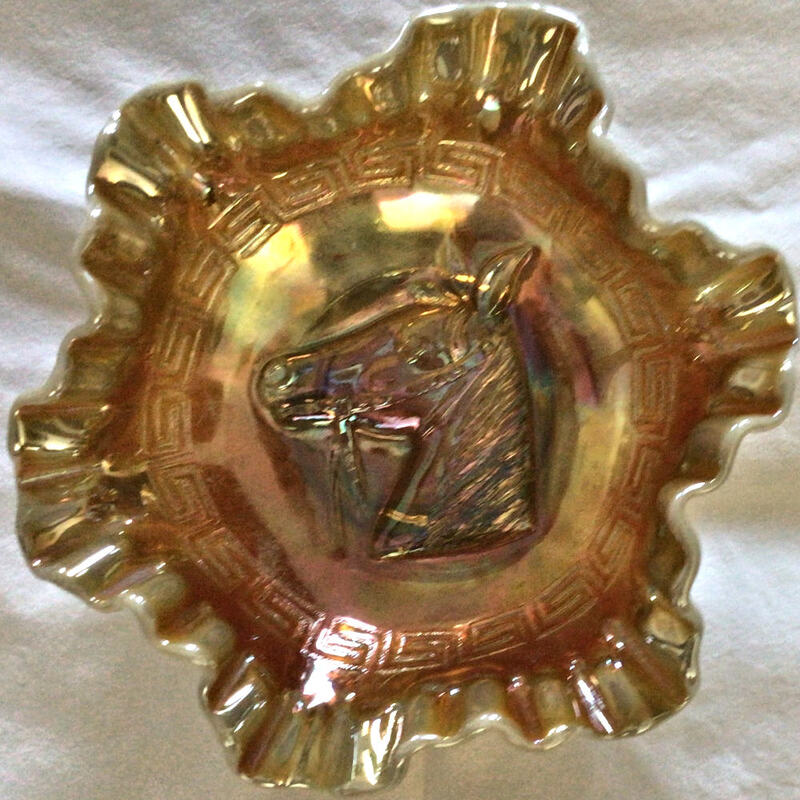 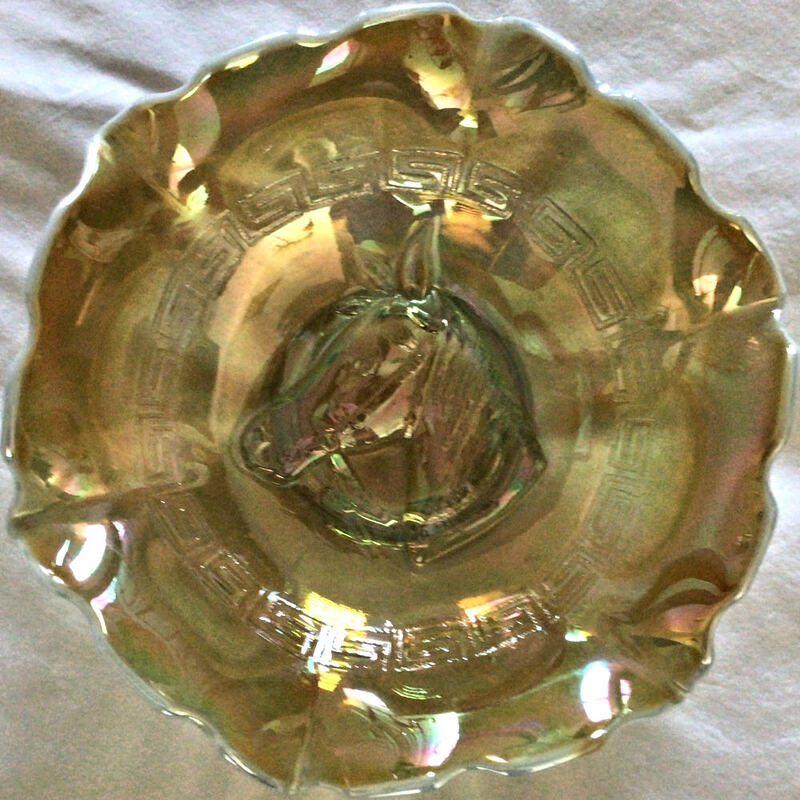 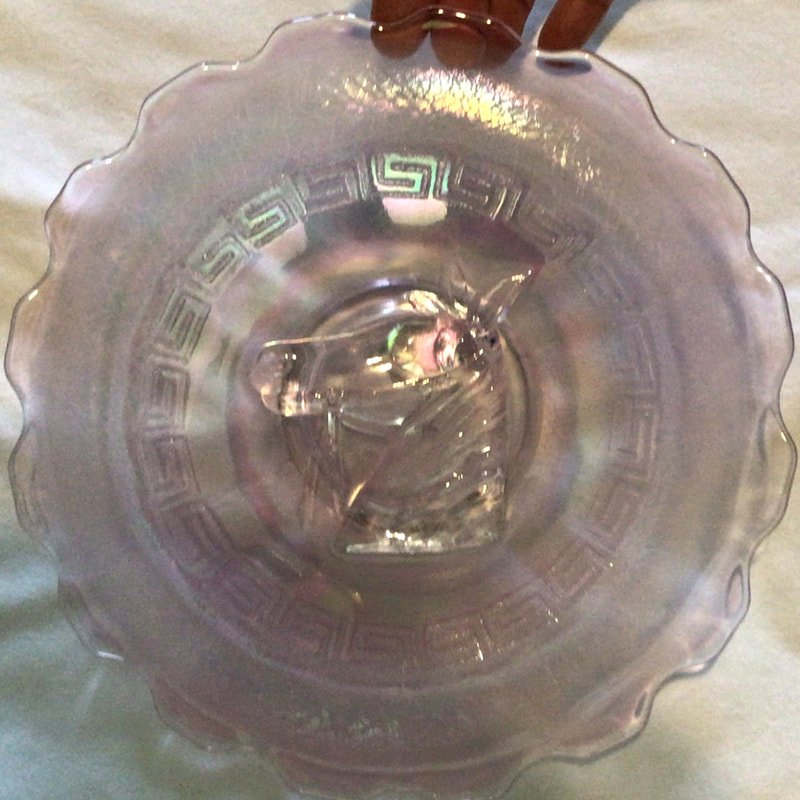 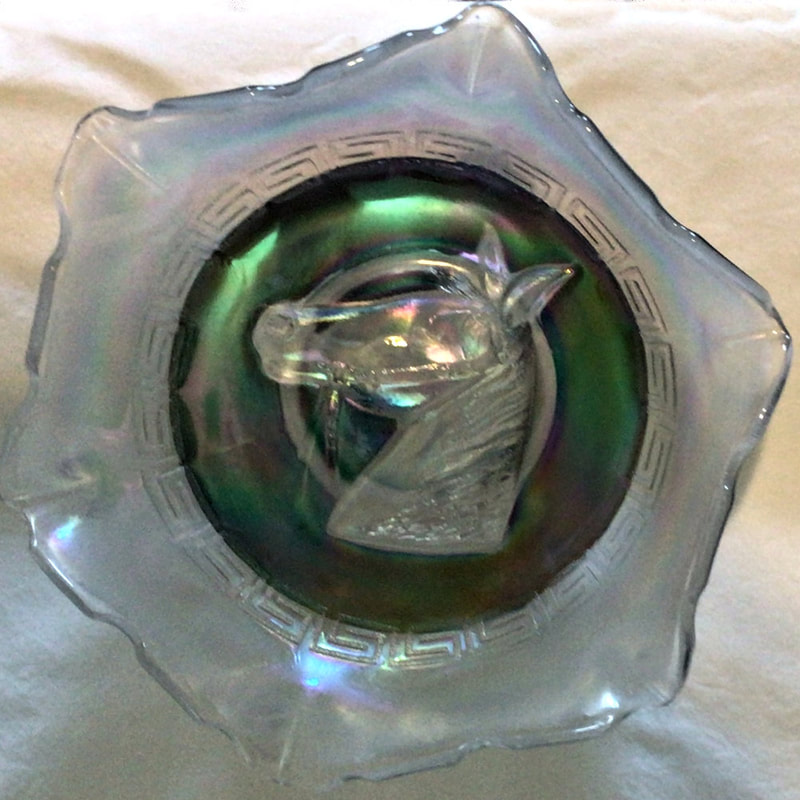 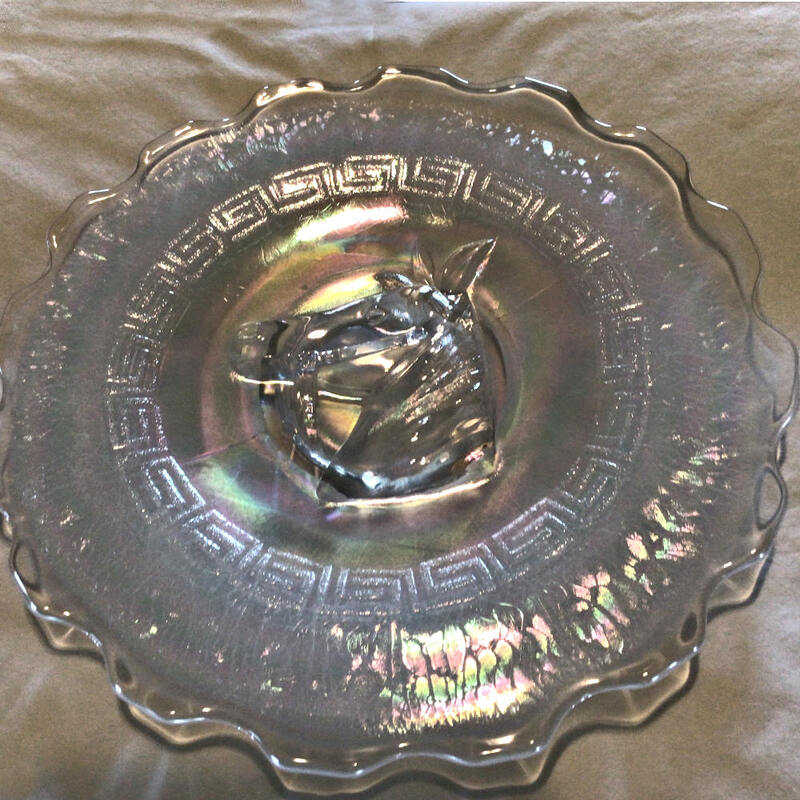 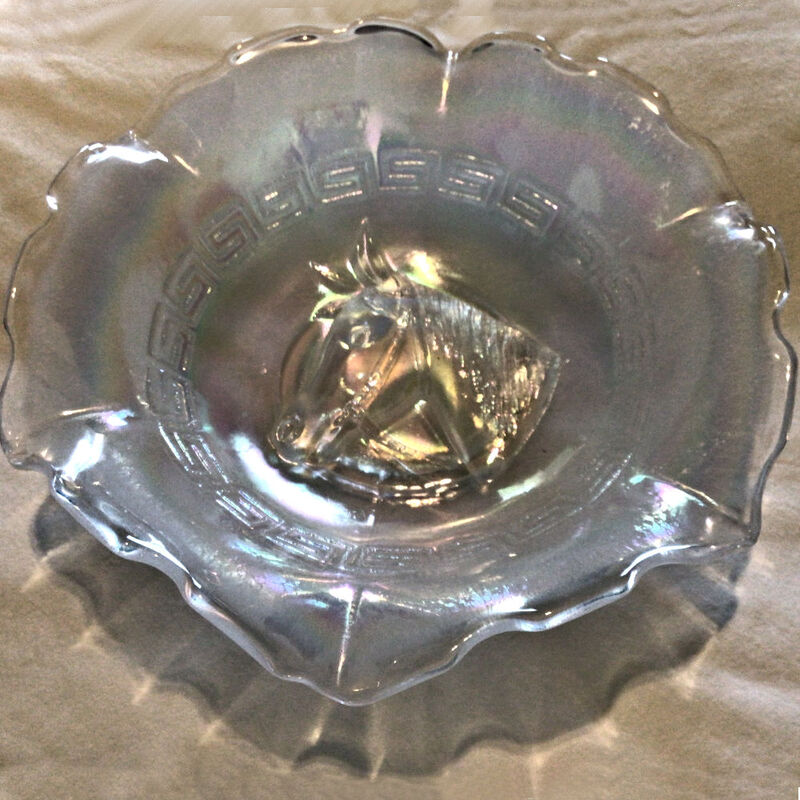 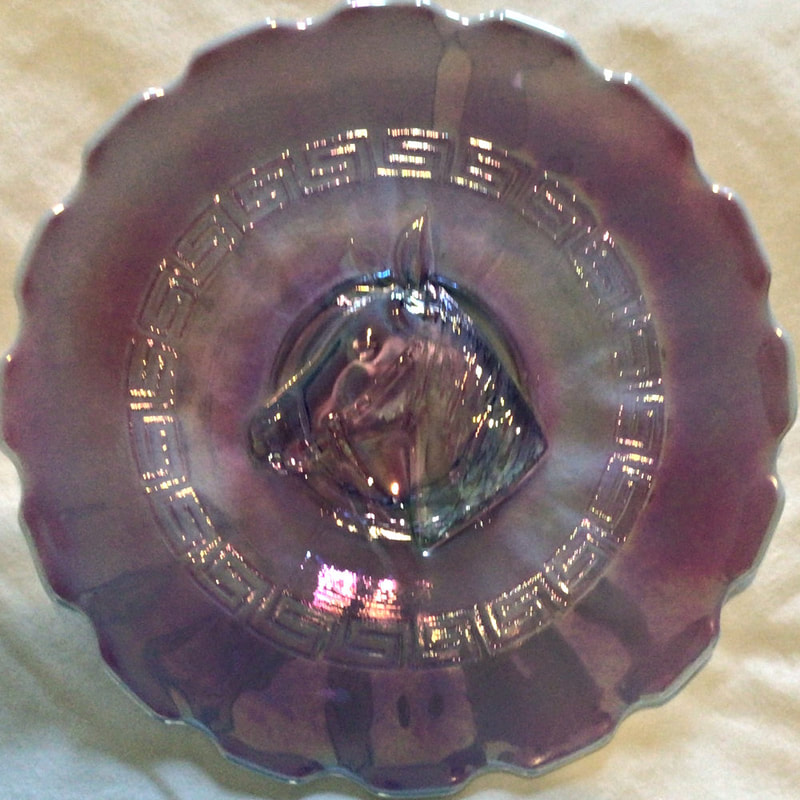 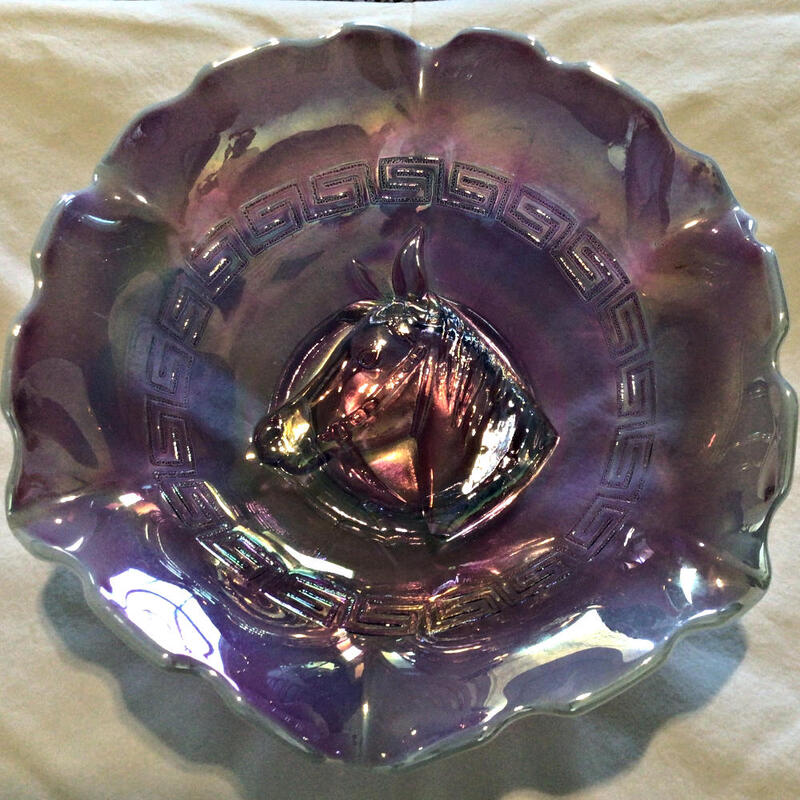 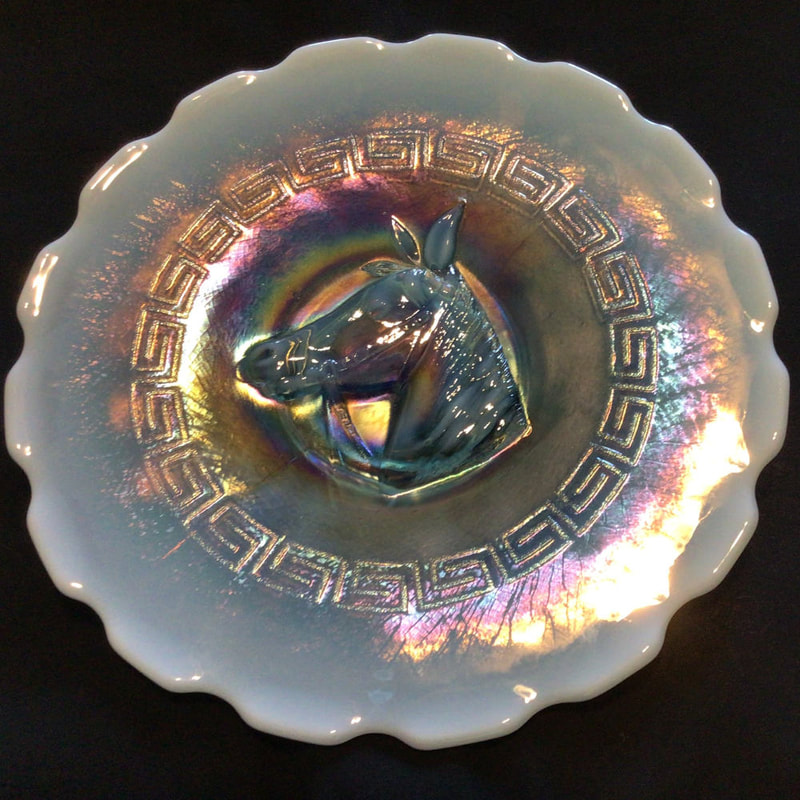 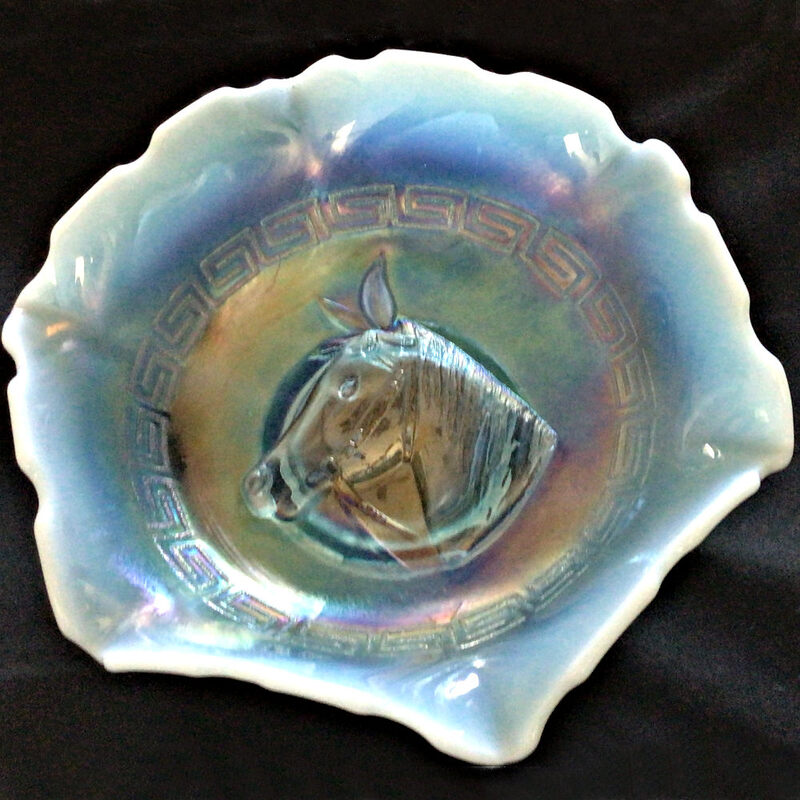 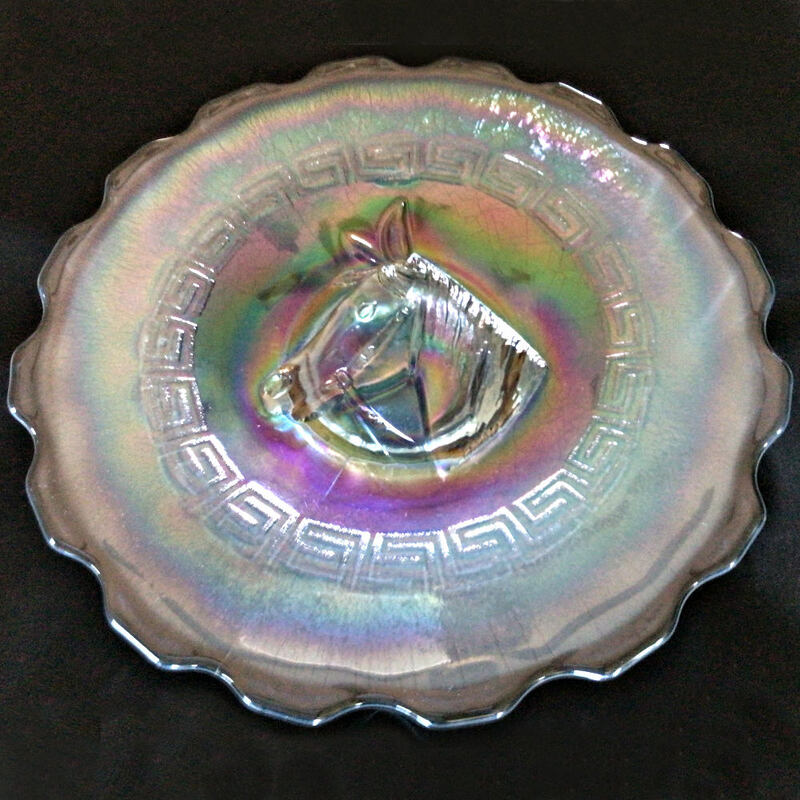 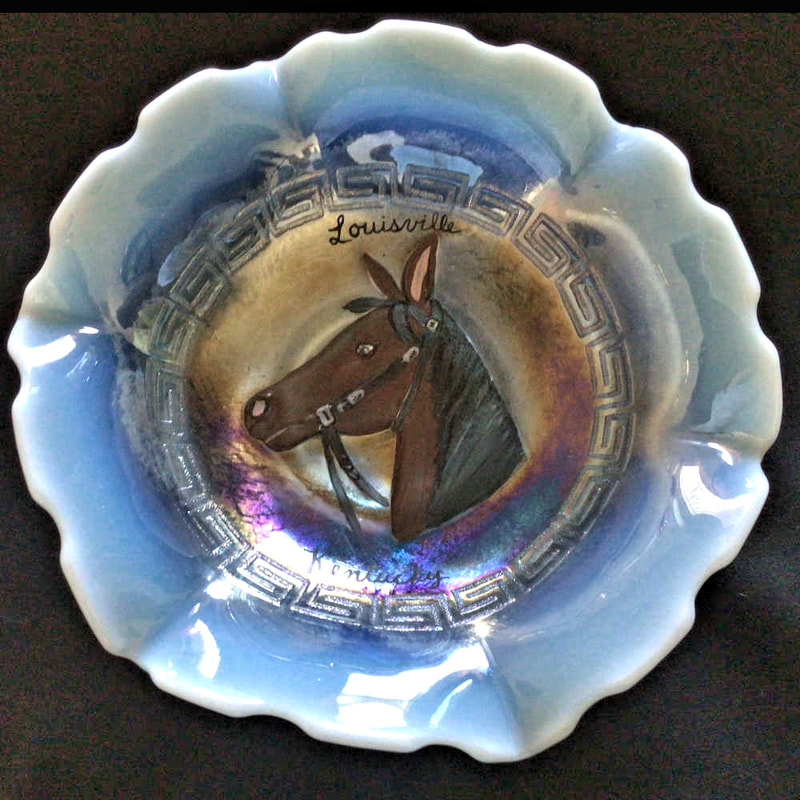 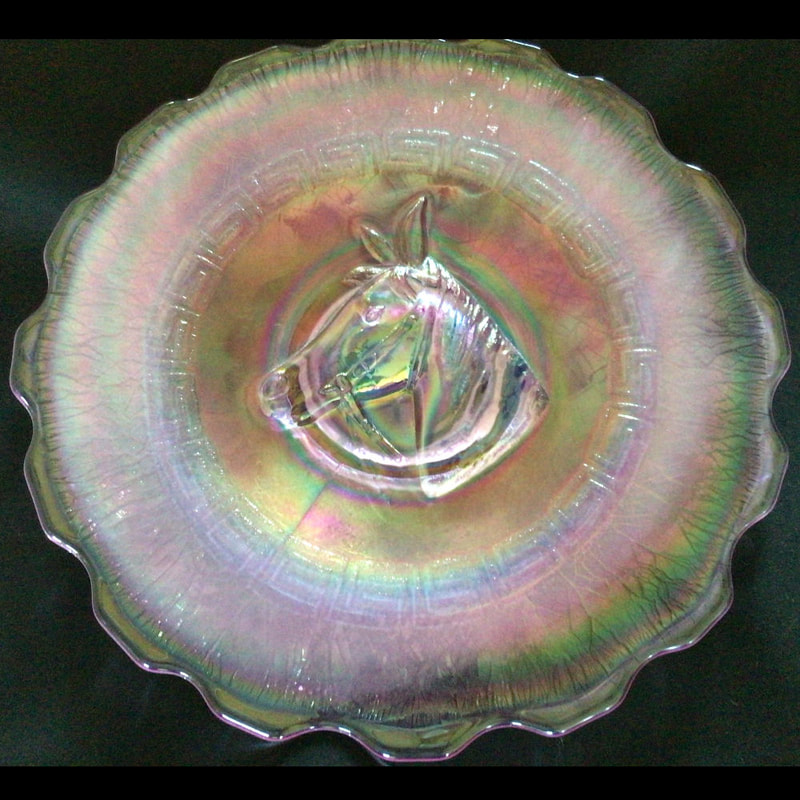 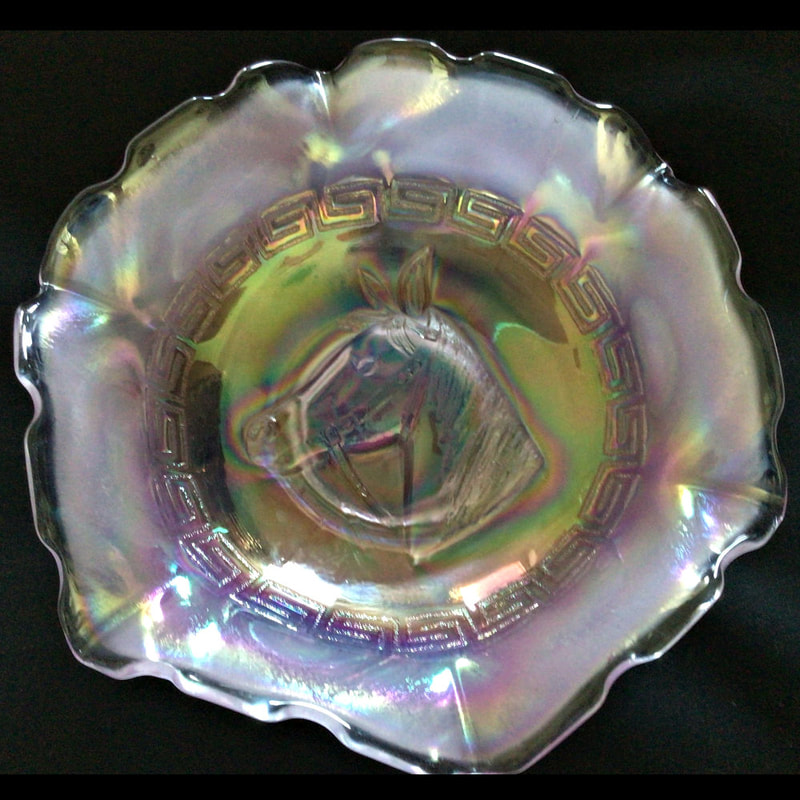 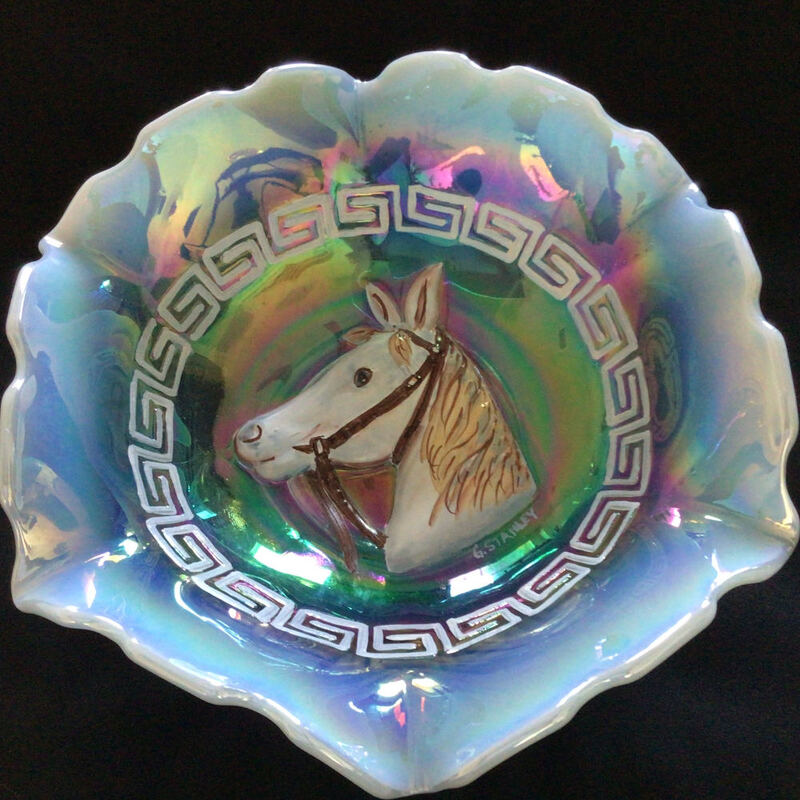 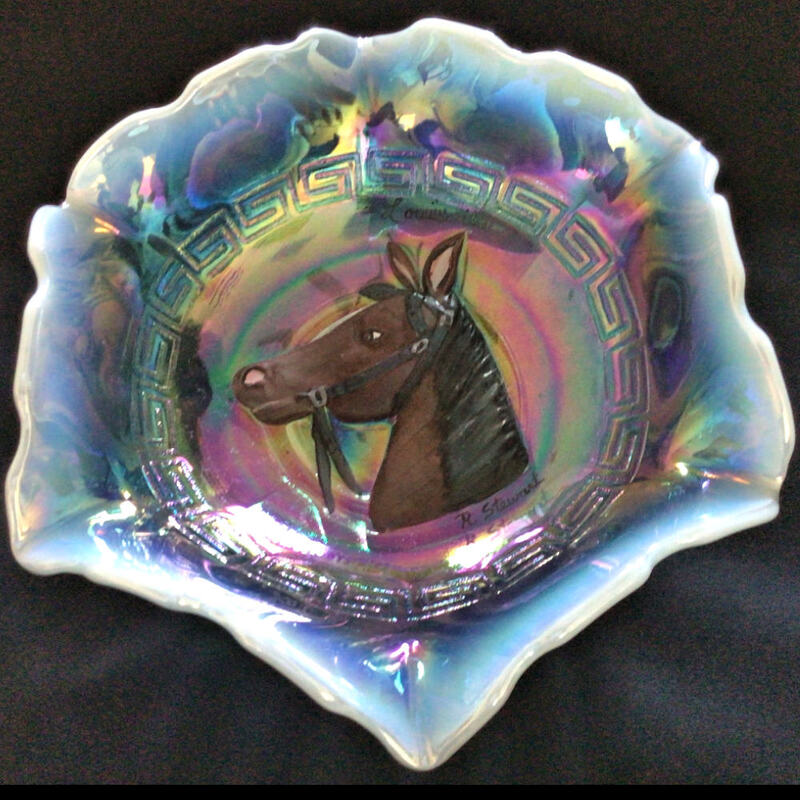 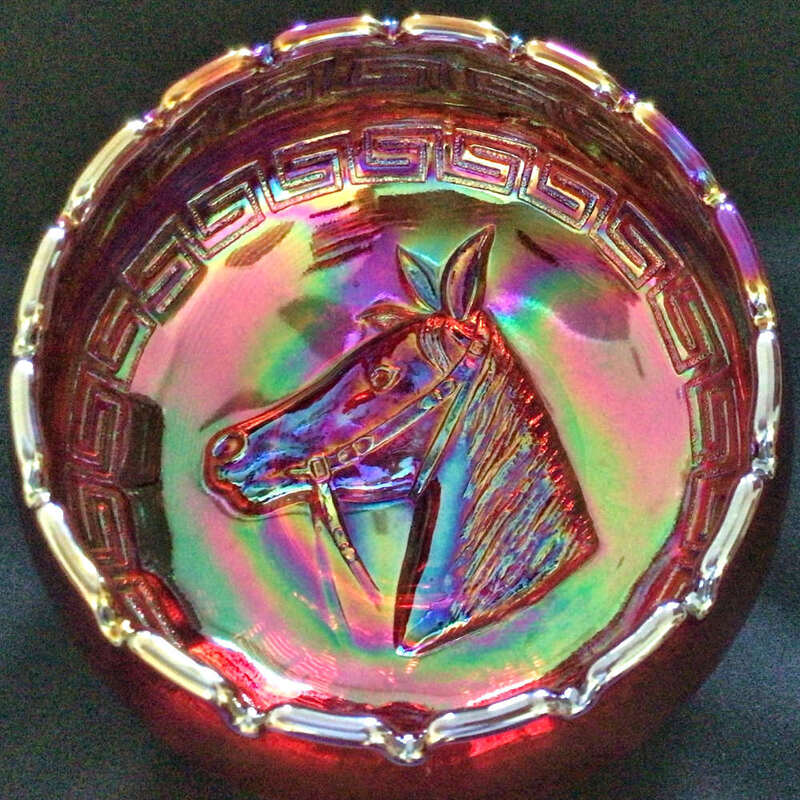 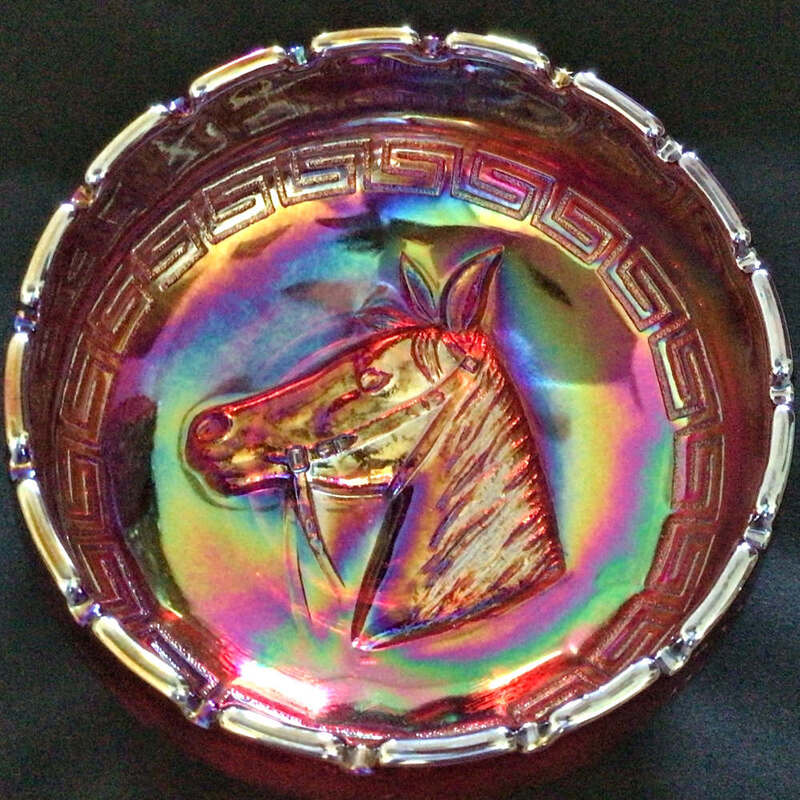 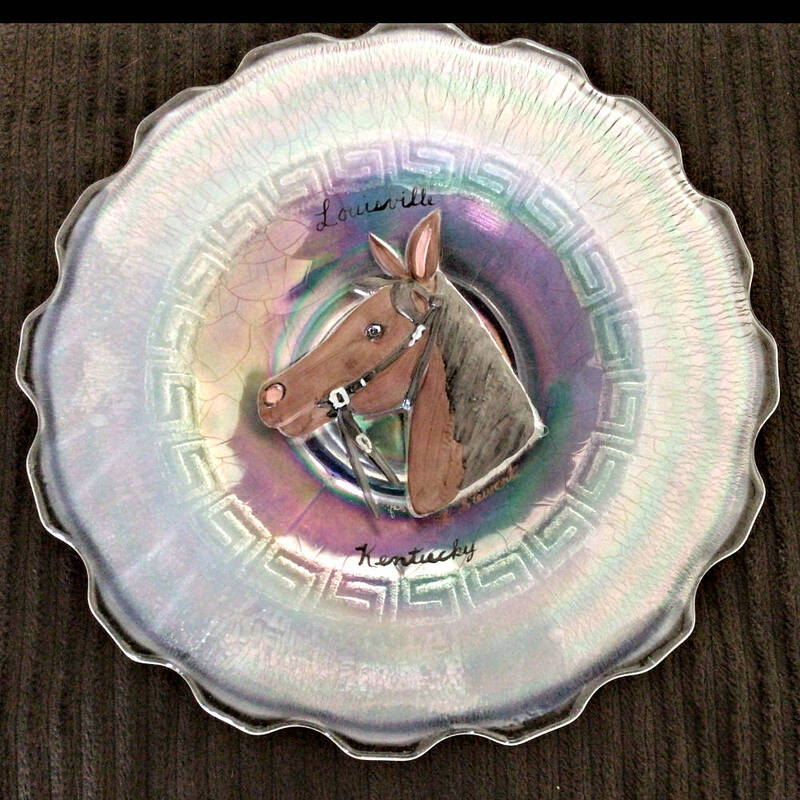 #27
Here are the details for each piece shown above.

#27: White stretch plate, signed “proof GW Levi 2007 Levay”, artist signed Louisville Kentucky by R Stewart.
Copyright © 2023 by G&S Thistlewood and the individual authors and contributors where named. Protected under all applicable international laws and all rights are reserved. No image, text, or any part thereof may be copied, shared or transmitted to others without permission from the Copyright holders. Information herein may not be posted or made available, in whole or in part, on any website, social media site, FTP site, electronic bulletin board, newsgroup, or their equivalent.