​* When we were researching for our second Schiffer book - A Century of Carnival Glass - we were in contact with many of the glassmaking companies around the world that were still in business. L. E. Smith Glass Co. sent us material that included the L. E. Smith Story - in their own words. We have reproduced it in full here: The L. E. Smith Story.
​​
​Carnival Patterns and Colours

​Carnival colours used by Smith have been amethyst / purple, red / amberina, pale pink, iridized crystal ​(called crystal lustre), green, amber and ice blue.
​
​Noticeably, red was a favourite Smith colour, but an information note issued in November 1988 by Rossos, the wholesale glass dealers, reported that Smith had been ordered by the Environmental Protection Agency to cease production of red glass until their furnaces had been renovated. The reason cited was that chemicals were being released into the air which were not permitted.
​
​Later the Carol's Sure Win vase was made in blue ("Mediterranean Blue") and crystal lustre.  Each colour was to be limited to 2000, but only only 840 were made in amber, 501 in amberina and 665 in blue. ​Smith also made other "exclusive" Carnival Glass items for Cherished Glass Wares, for example, an amberina Ohio Star vase, of which only 600 were actually released, and an amberina Daisy and Button vase, #4666 (limited to 314).

​Smith's first two collector's plates, John F Kennedy and Abraham Lincoln, were released in 1971 in Limited Editions of 2500 each. They were popular and much in demand, and in 1972, Smith issued more Limited Edition plates, as below. The catalogue states that 5000 of each were to be made, but only 2000 of Lee and Davis and the full 5000 of the Morgan Dollar plates were made, after which the moulds were broken. The same open edge was used by Smith on an amethyst ICGA souvenir plate in 1973, that featured the club’s motif, the town pump (see picture in the Smith Gallery).

In July 2004, a bank filed a federal suit against Smith Glass, claiming the manufacturer had defaulted on loans totalling $5.01 million, and in November 2004, court papers confirmed that judgement had been entered against Smith Glass. Glassmaking ceased on June 30, after 11th-hour talks to find a buyer collapsed, but a few weeks later, some glassworkers were rehired to try to keep the business going.

At the time, Smith’s customers were said to include Williams-Sonoma, and Martha Stewart Living. Smith’s products were seen in catalogues for Bloomingdale's, Spiegel, Restoration Hardware and Neiman-Marcus.

In January 2005, William A. Kelman, a Pittsburg businessman, bought the assets of Smith Glass including equipment, inventory, machinery and receivables. He formed a new company, Port Augustus Glass Co. LLC, which was named after a town in his native Scotland. The intention was to preserve nearly a century of glassmaking history at one of the last handmade glass factories in the USA, but ultimately it was not to be, and the business finally closed. (Source: C.M. Mortimer writing in the TRIBUNE-REVIEW, January 18, 2005).
​Smith's Contemporary Carnival catalogues.

Shown below are four catalogue pages of Smith's showing some of Smith's very extensive range of Contemporary Carnival Glass. They are small size "thumbnail" images - if you click on each one of them they link to full size, high resolution images.
L. E. Smith Picture Gallery - click on any thumbnail to open a larger image. 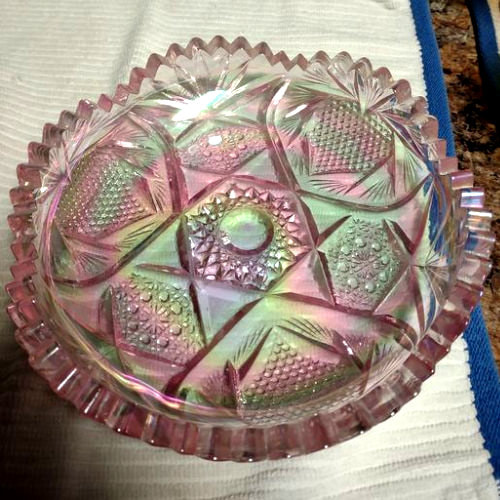 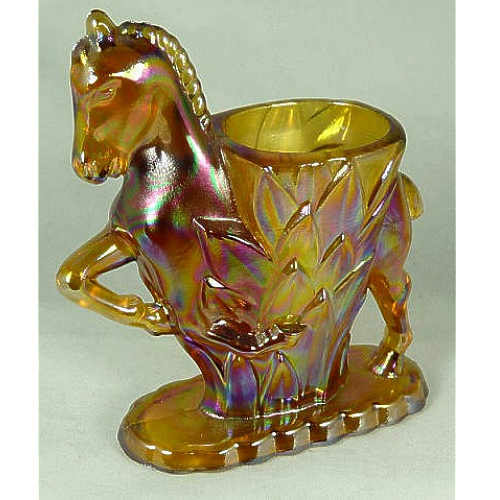 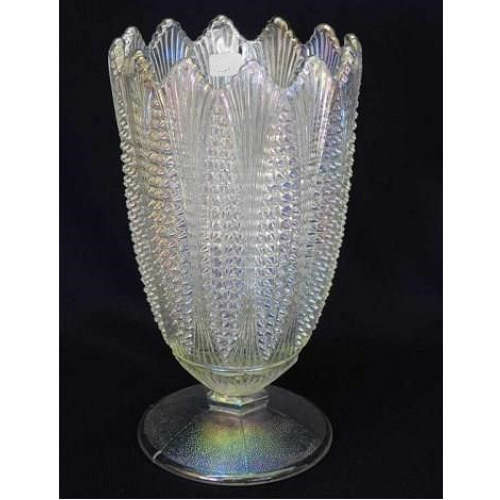 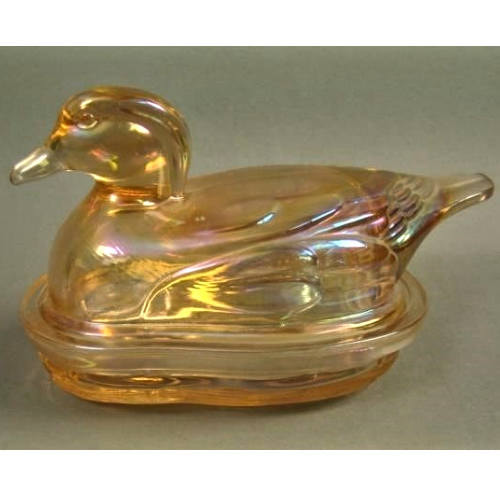 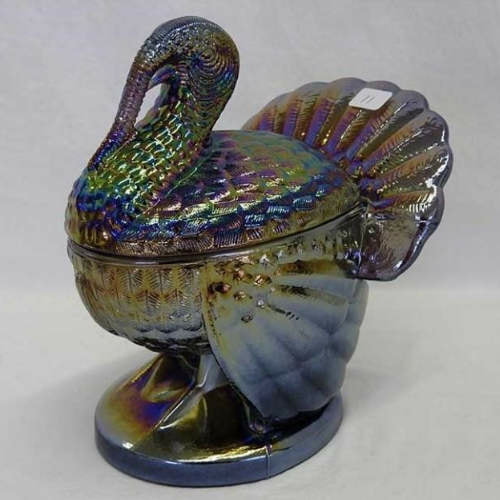 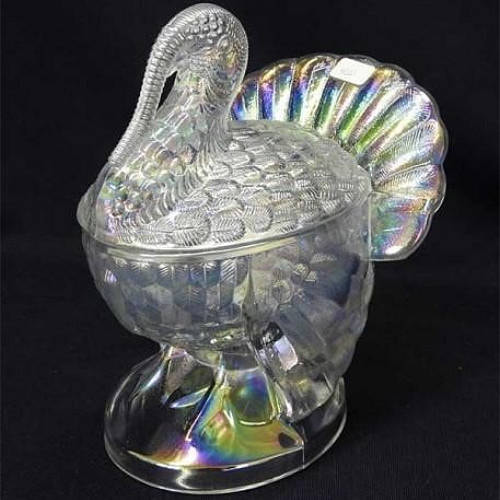 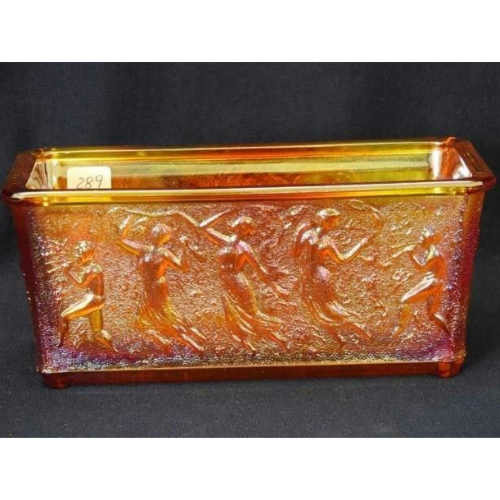 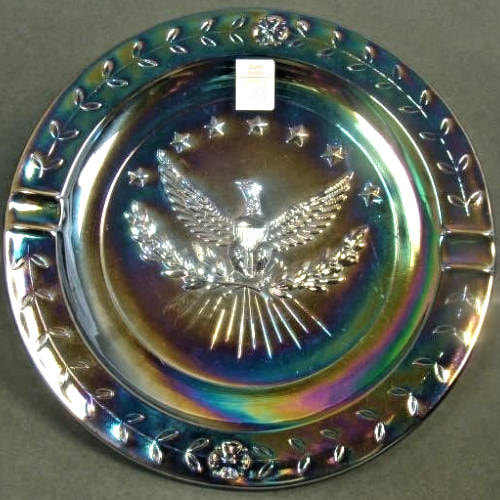 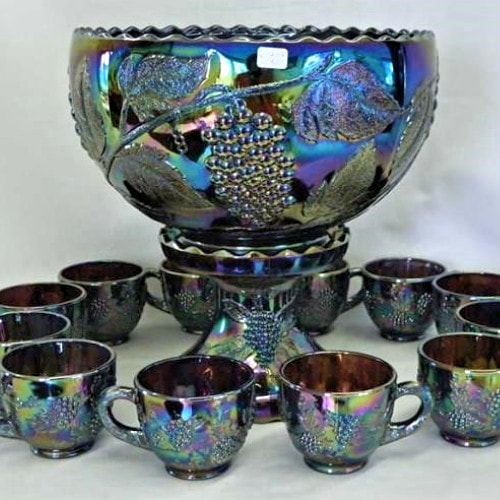 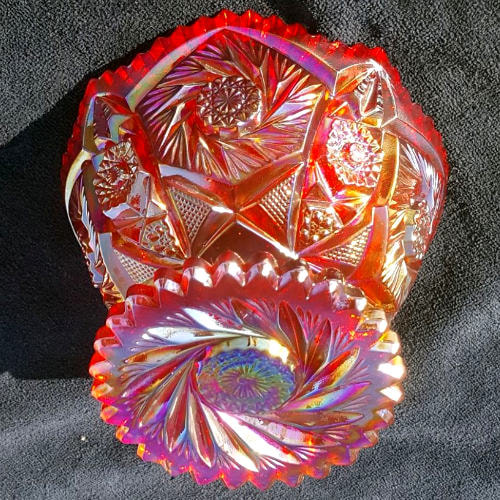 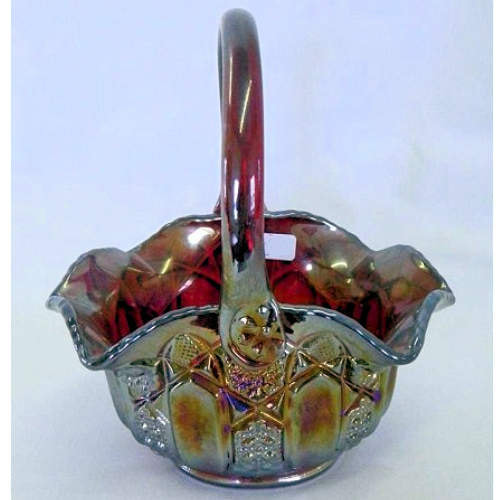 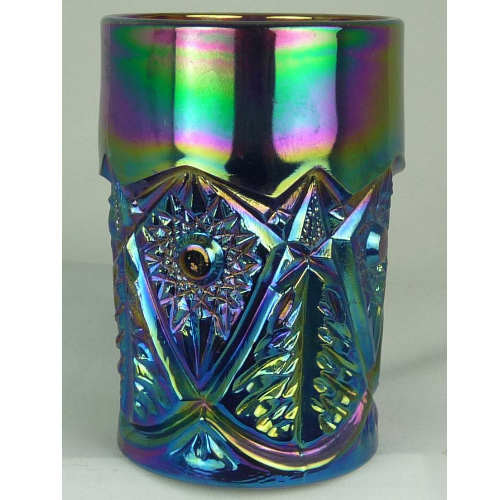 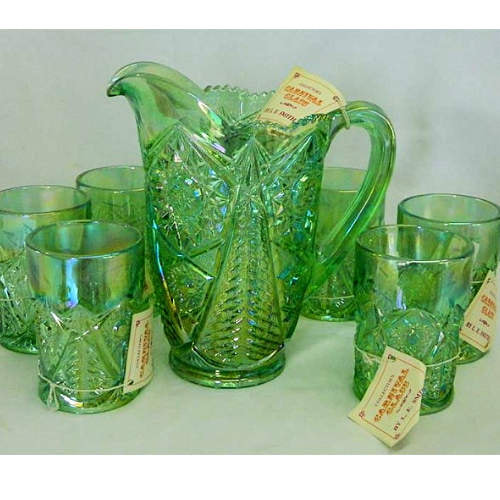 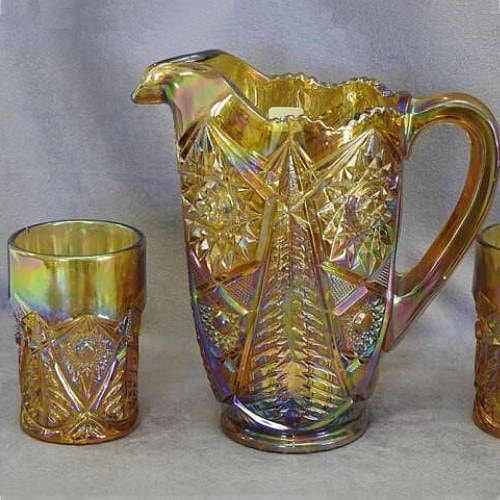 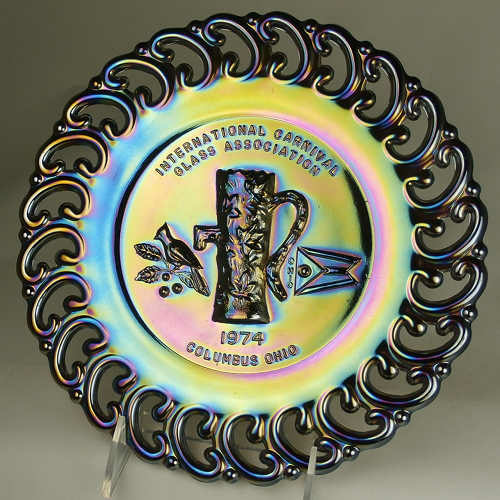 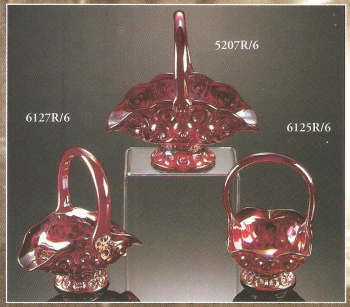 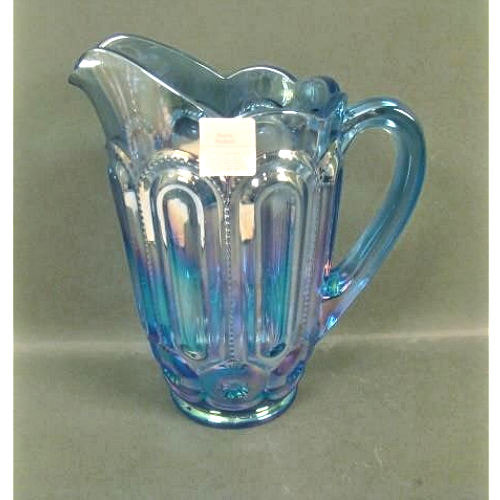 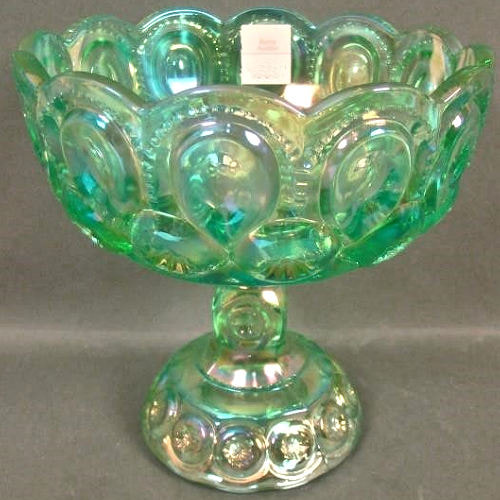 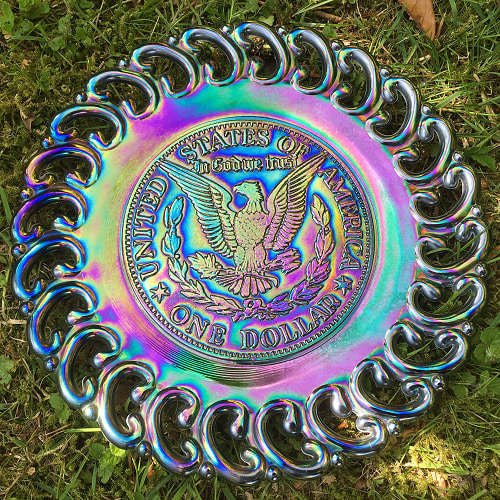 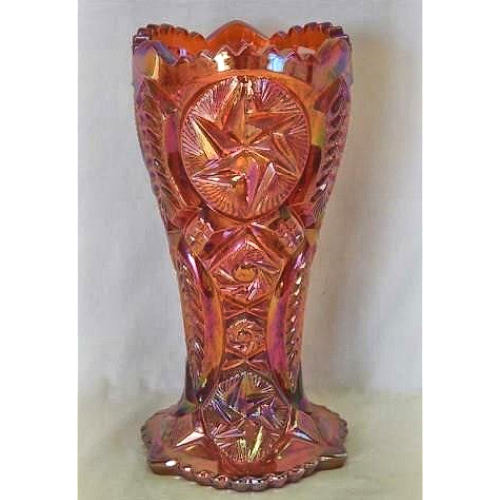 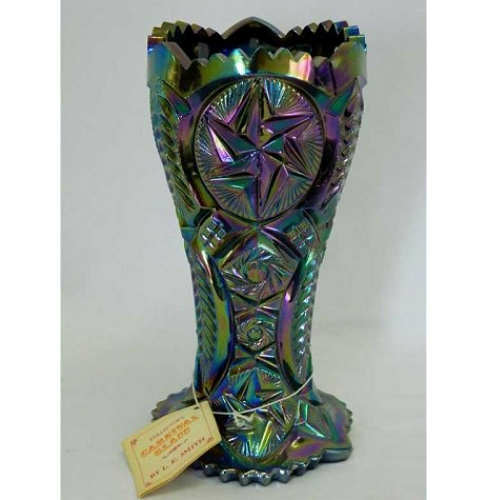 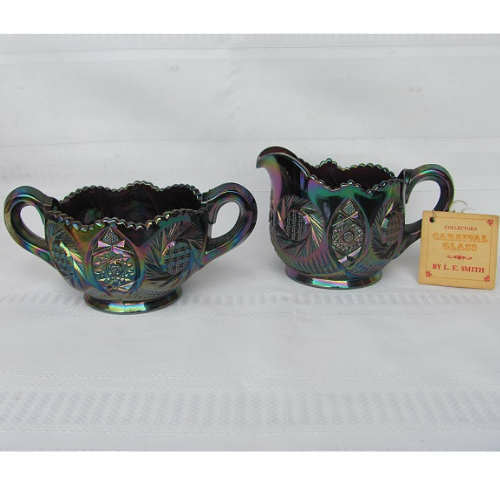 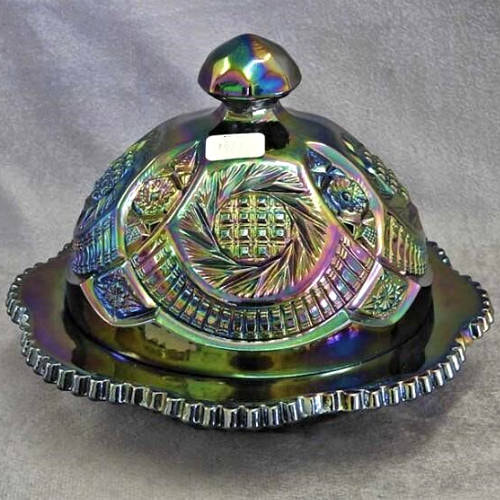 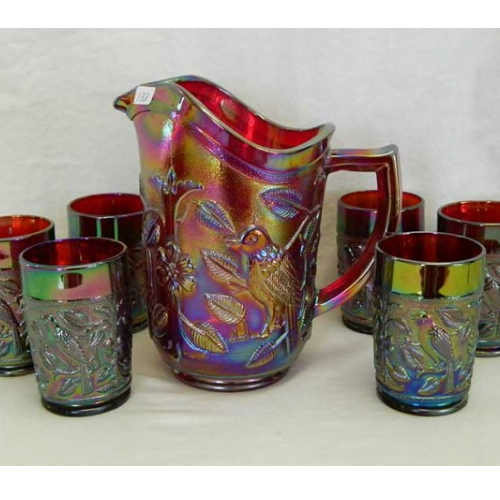 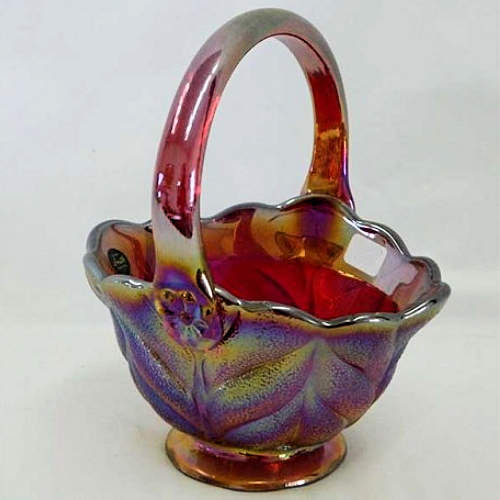 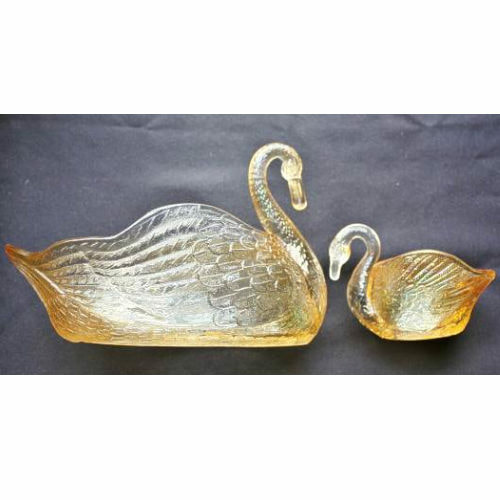 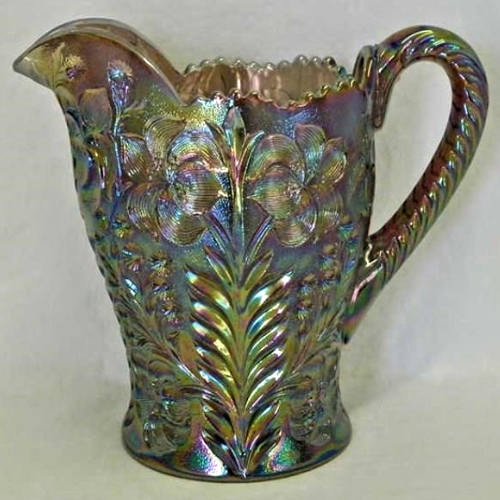 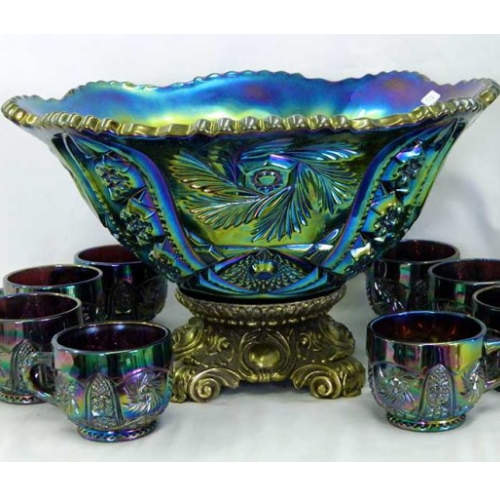 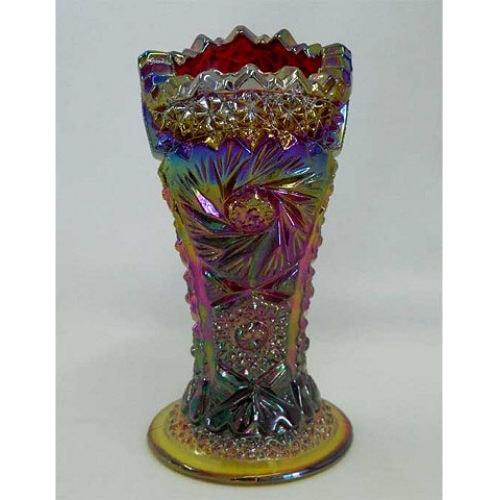 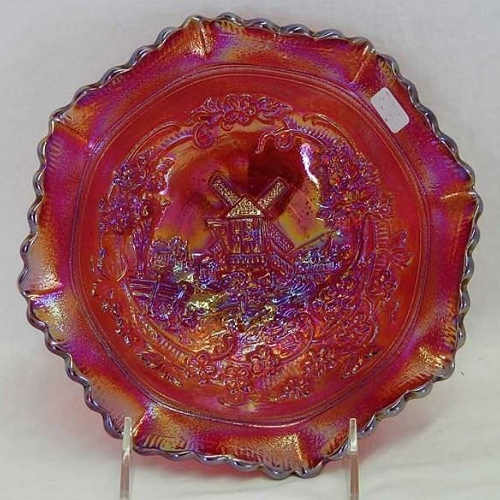 Windmill bowl, red. Seeck Auctions
* The Whirling Star punch set was also called Galaxy by L. E. Smith. It was originally a McKee pattern called Wiltec.
Copyright © 2023 by G&S Thistlewood and the individual authors and contributors where named. Protected under all applicable international laws and all rights are reserved. No image, text, or any part thereof may be copied, shared or transmitted to others without permission from the Copyright holders. Information herein may not be posted or made available, in whole or in part, on any website, social media site, FTP site, electronic bulletin board, newsgroup, or their equivalent.