When was it made?

Classic Carnival Glass (that is iridised glass with a moulded pattern) began to be mass-produced in around 1907.

There were earlier experiments (which didn’t lead to mass-production) and glassmakers, especially makers of art glass, have employed iridescence as a decorative technique for centuries. Production continued, in various forms and places right around the world, and indeed, it is still being made today.

There are various recognised timeframes for the making of Carnival Glass:

Classic Carnival - from when it was first made in 1907 to the early 1930s.
Late Carnival - made through the 1930s Great Depression era.
Contemporary/Modern Carnival - Carnival that was revived and reissued (for example by Fenton and Imperial in the USA) from the early 1960s, and has been made by many glassmakers ever since. Read more about Fenton's revival of Carnival Glass.

So, using the purist definition of an antique as being at least 100 years old, then yes, the earliest Classic Carnival Glass made in the USA is now an antique.

The early Carnival made in Europe is also antique. Conventional wisdom dates some European production from around 1914 - but our latest investigative research leads us to believe that Brockwitz was making Carnival even earlier! Read our major Two Part research article: Untangling The Gordian Knot

​Later Classic production is not yet at the “antique” stage, but is certainly heading toward it.

Revival / Contemporary Carnival Glass, by its very definition (dating from the 1960s to the present day), is not antique.

Read more about when Carnival was made

Why did Carnival Glass happen? 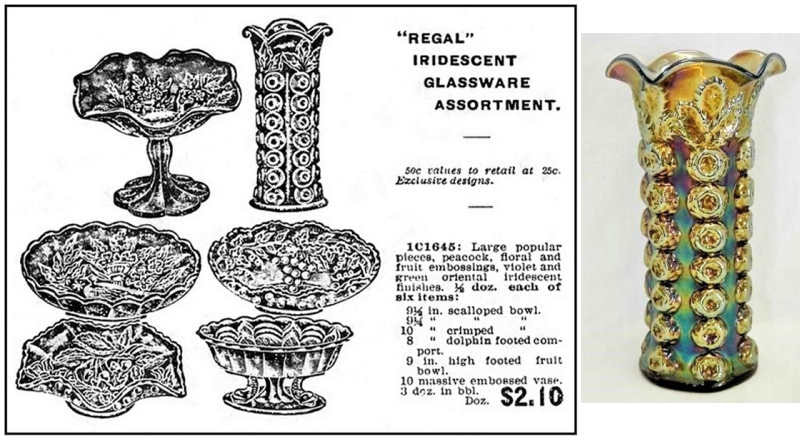 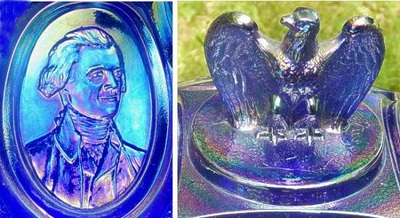 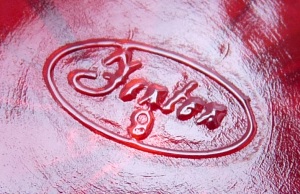 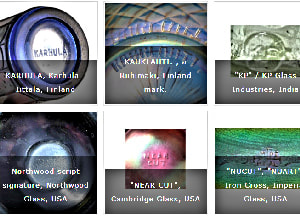 Trademarks can help with dating Carnival
Copyright © 2023 by G&S Thistlewood and the individual authors and contributors where named. Protected under all applicable international laws and all rights are reserved. No image, text, or any part thereof may be copied, shared or transmitted to others without permission from the Copyright holders. Information herein may not be posted or made available, in whole or in part, on any website, social media site, FTP site, electronic bulletin board, newsgroup, or their equivalent.