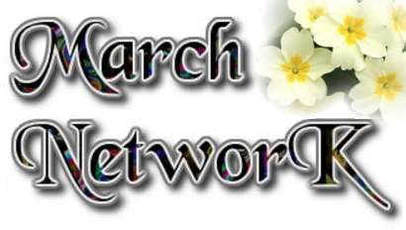 We are excited by the worldwide discoveries and revelations that we have for you in this March, 2018, edition of NetworK. ​Our readership continues to grow hugely each month, and we hope you all enjoy this fascinating issue. Let’s start our journey of discovery in Finland … Hoh’to-Lustra!
​
​Another "Carnival First"

In this edition of NetworK, courtesy of Roger Peltonen, we are privileged to be able to share an amazing, absolutely fascinating revelation: a series of newspaper ads from Riihimaki - ads that launched and promoted their new range of “Hoh’to-Lustra” (Carnival Glass). The magnificent ad shown below was in a Finnish newspaper called the ”Riihimäen Sanomat” (a local Riihimaki paper).

Yes, the text is in Finnish, but Roger has kindly translated it for us. Crucially, this ad provides us with iconic and truly historic evidence:

Riihimaki was announcing a NEW range of glass - their Carnival Glass - to the public in April, 1928. *
​* Riihimaki was not the first to make Carnival in Finland: we believe that the very first Carnival Glass to be made there was from around 1923 at Koklaks, under the ownership of Claes Norstedt (who sold out to Riihimaki in 1927).

​You can read all about this in detail in our e-book: over 60 Riihimaki patterns, from ALBIAN to ZIZZLE, each pictured and referenced to source catalogues. Shapes, sizes and colours of all patterns currently reported in Carnival are featured, and much more .... over 200 photographs and  170 catalogue images.

Everything you should know about Riihimaki brought together in one e-book- available by download or on CD, here: “Carnival Glass from Finland”.
​And there was another tumbler shown in the catalogue, which made us stop and think - could it be Omnibus?

​​The one in the catalogue appears to have all the same pattern elements as Omnibus, but clearly there is a large space above the pattern when compared with the Omnibus tumbler. We cannot rule in - or rule out - Cristalerias Papini at this stage, and more research is needed.
The Omnibus tumblers and pitcher illustrated above are all in a characteristic green (olive with a silvery or gold iridescence). Omnibus was a United States Glass Co. pattern, and Lucile was originally an Indiana Glass design, called Ferris Wheel. Lucile appears to have been copied (and altered a little) by Papini from the earlier, original USA design. Papini made new moulds based on the USA originals. Investigations continue ...

And the "NCP" on the catalogue?

Another interesting point arises from the catalogue. Look at the title: Papini Hermanos  – Papini Brothers. Below it are the letters NCP, standing for Nuevas Cristalerias Papini – the New Papini Glassworks. This also answers another long-standing mystery. Several Carnival tumblers are known with the moulded letters NCP on the base. We have often wondered what it stood for, and now we know!​
​Join us on Facebook
​
We invite you and your friends to join us all on NetworK's fast growing and very active Facebook Group (link is below), and if you have missed any of the previous issues of NetworK and NetworK Specials, they are all here: Back Issues.
Copyright © 2023 by G&S Thistlewood and the individual authors and contributors where named. Protected under all applicable international laws and all rights are reserved. No image, text, or any part thereof may be copied, shared or transmitted to others without permission from the Copyright holders. Information herein may not be posted or made available, in whole or in part, on any website, social media site, FTP site, electronic bulletin board, newsgroup, or their equivalent.