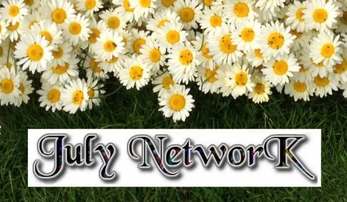 Totally Devoted to Carnival Glass
​
It's possible that a lucky buyer would have received a set like this magnificent purple Imperial Grape punch set pictured aboveions), but as the ad says, this was by no means certain. The whole purpose of these lucky lots was that they were made up of an undefined assortment of "odds and ends" and mixed shapes and colours.

Here’s how Imperial described the reasoning behind their Lucky Lot Assortments in their 1915 Catalog 101B:

“Lucky Lots! The name is based upon our sincere conviction that you are lucky to get a chance to buy these lots. The reason for our willingness to make this special offer is to keep our stock clean by being able to ship every day the little lots of odds and ends which are developing every day in a factory like ours where the vast majority of goods are marketed in solid barrel lots, and packed up every day in solid barrel lots. Our idea is to pack up these small open lots and sell them at a reduced price, rather than keep them loose around our enormous packing room. The goods will, therefore, be very much assorted – assorted colors and assorted articles, sometimes in even quantities, at other times in uneven quantities”.

What would have been in those “Lucky Lots”?

Shown below is another ad from "The Billboard" in 1915. It gives us a little more detail – one assortment had “twenty dozen small pieces, different colors” while another had “six dozen large pieces, different colors”. It might have included bowls, vases, odd tumblers, tableware of all kinds, but crucially not in full or matching sets.  Odds and ends, mis-matched colours and shapes - they were ideal for general stores or for the carnivals, where low cost was crucial.
​
Above, on the left is an as from "The Billboard" in 1915, and on the right is a mixture of Imperial pieces that might easily have been included in a Lucky Lot: two Thin Rib and Drape vases (marigold), Pansy bowl, Lustre Rose tumbler and Ripple vase (all purple).

If you’d like to see more fascinating old ads from "The Billboard", and learn about the way in which Carnival Glass acquired its name, you might enjoy this article: What's in a Name?
Our subsequent research has revealed what we believe is a previously un-recognised Carnival maker – the glassworks at La Rochère in France, one of the oldest in the country that is still producing both hand-made and pressed glass. You can now add La Rochère to your list of European Carnival Glass makers!

If you would like to read more about the fabulous Martini “coupe” (and find out what a “coupe” actually is), as well as discover the history of the glassworks at La Rochère, it's in our unique Collectors Facts feature: Martini
​​
Discover how Lindisfarne came to be named and read all about these unusual Sowerby pieces in our unique Collectors Facts Series. Here are the links:

The answer is not as simple as it may seem. Probably the most widely held belief is that a nappy (and we are talking about Carnival Glass, of course) is a small dish with a handle. Just one handle. If it has two handles, it’s a bonbon (or a card tray, but let’s not go down that road just yet – we’ll “handle” that puzzle another day). A nappy can be round, ruffled, or even heart or spade shaped, but the defining feature is that it has one handle.​

The Elks piece illustrated below left is a good example of the nappy shape. It is a rare purple Elks nappy made by Dugan. Courtesy of Seeck Auctions.

​​But when these pieces were originally made they were not called nappies – in fact back in those early days, a nappy did not have a handle! Originally, a nappy was a simple, round shaped bowl, also called a sauce or even a berry bowl. That reflects the origins of the word “nappy” which was derived from various words meaning a rimless, small, open bowl (nap or knapf).
In fact, Australian Carnival collectors maintain the original meaning today, using the word “nappy” for small berry bowls, such as the marigold Australian Swan item shown above on the right, made by Crown Crystal.

​So what were the pieces with one handle called back in the early days?

Join us on Facebook
​
We invite you and your friends to join us all on NetworK's fast growing and very active Facebook Group - Carnival Glass NetworK. If you have missed any of the previous issues of NetworK and NetworK Specials, they are all on our Back Issues page.
Copyright © 2023 by G&S Thistlewood and the individual authors and contributors where named. Protected under all applicable international laws and all rights are reserved. No image, text, or any part thereof may be copied, shared or transmitted to others without permission from the Copyright holders. Information herein may not be posted or made available, in whole or in part, on any website, social media site, FTP site, electronic bulletin board, newsgroup, or their equivalent.