Blast from the Past: Marion Hartung's Column, March 1972

The article below was written by Marion Hartung who had a regular column in The Mid-America Reporter newspaper.

​With grateful thanks to Ray Steele. Copyright Glen & Stephen Thistlewood. 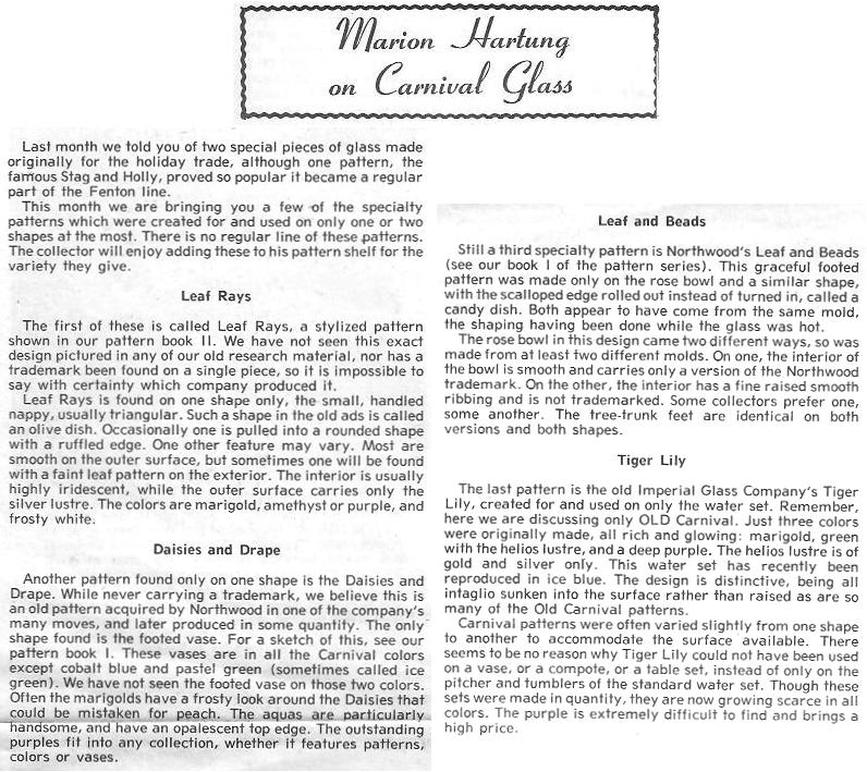 We now know that Leaf Rays was made by Dugan-Diamond and in the colours known, we can now add peach opal, lime and blue.

Daisies and Drape is now called Daisy and Drape, and we can now add that they were in fact made in blue and in ice green.

We also know now that there is a Tiger Lily Variant, made by an entirely different company - Riihimaki in Finland - in blue, amber and marigold.


Back to Marion Hartung - Carnival Glass Pioneer
Copyright © 2023 by G&S Thistlewood and the individual authors and contributors where named. Protected under all applicable international laws and all rights are reserved. No image, text, or any part thereof may be copied, shared or transmitted to others without permission from the Copyright holders. Information herein may not be posted or made available, in whole or in part, on any website, social media site, FTP site, electronic bulletin board, newsgroup, or their equivalent.