The catalogue pages shown here are all courtesy and Copyright of Jon D. Bartell.
The use of the notation " ½ " in the catalogue pattern numbers on pages 34-F and 35-F is fascinating. It referred to the way the circular holes at the top of 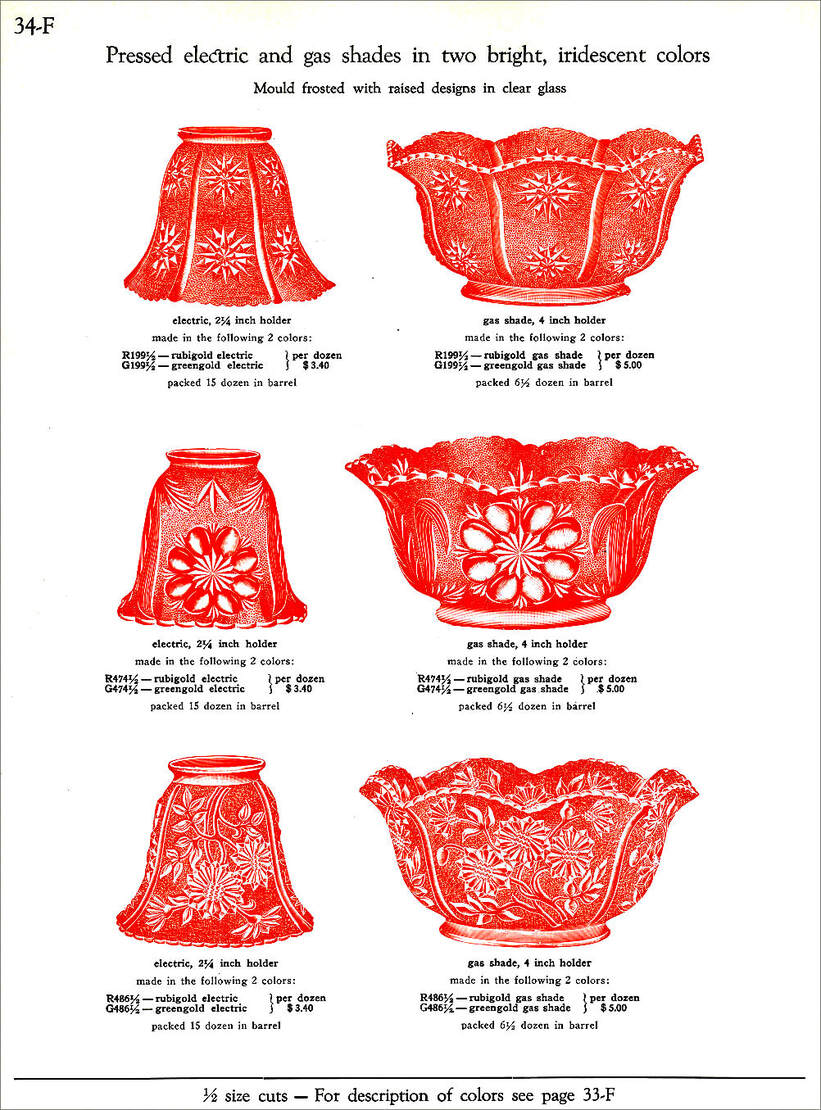 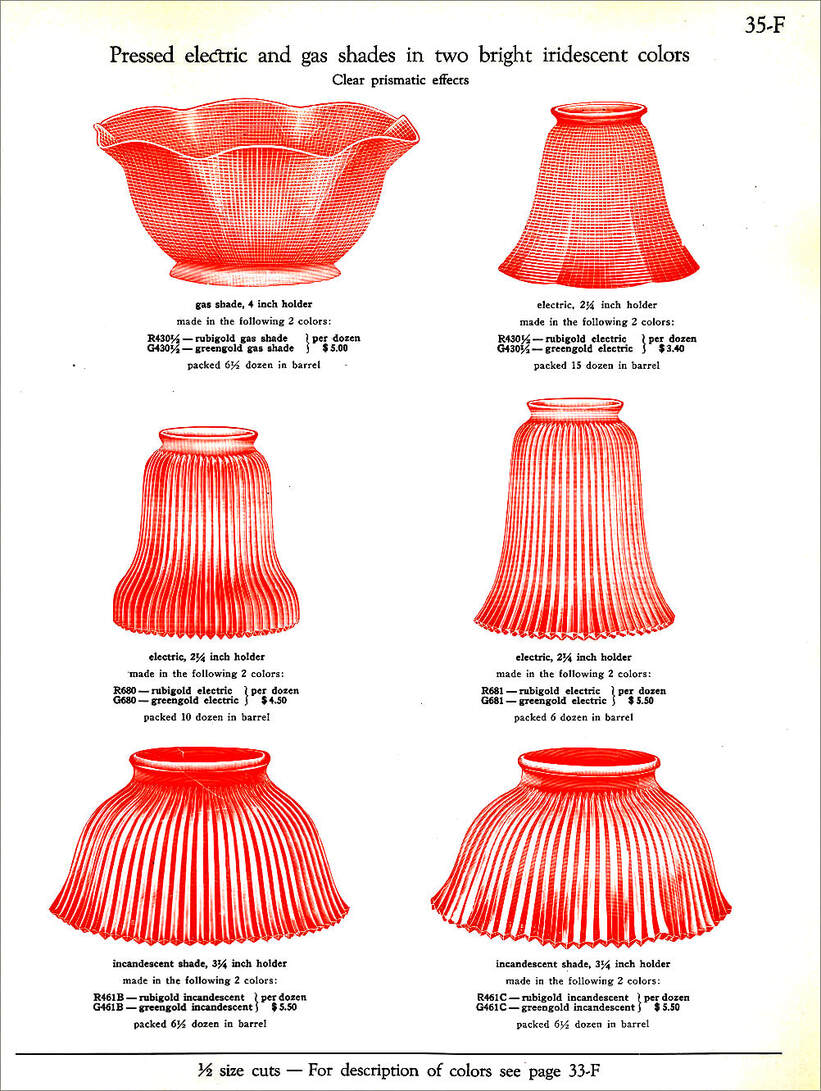 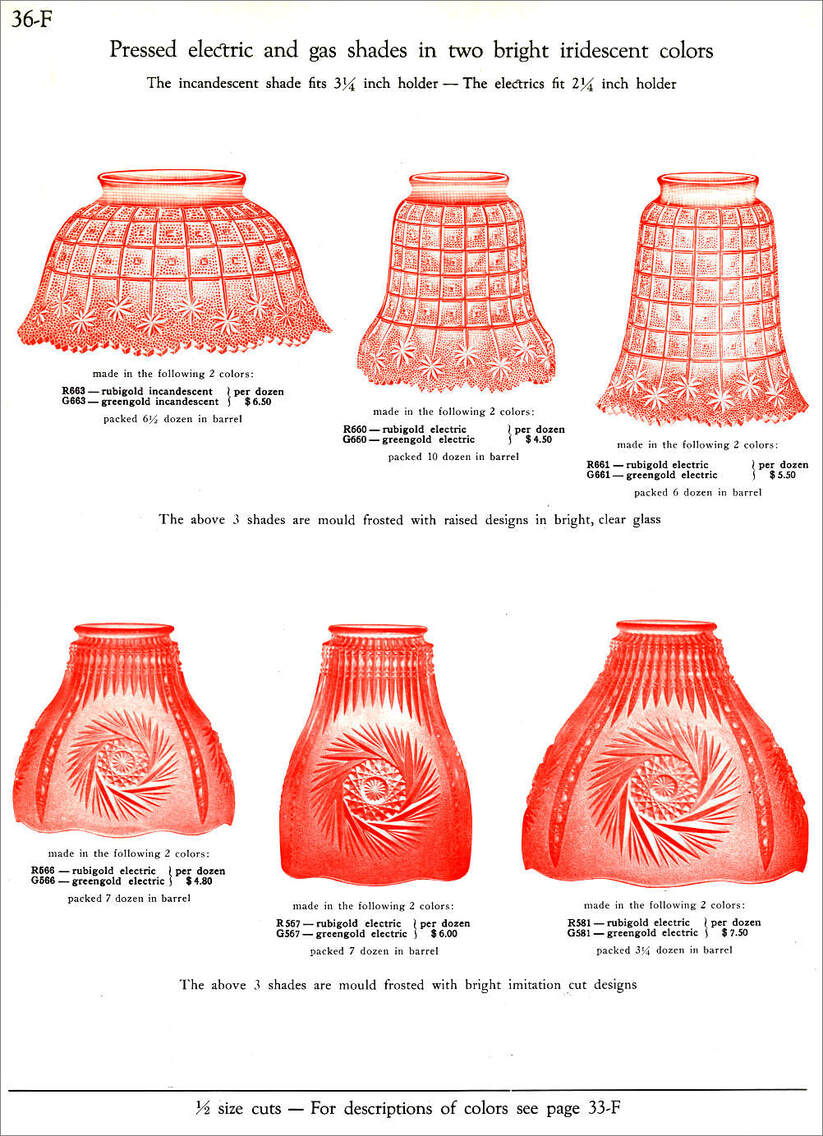 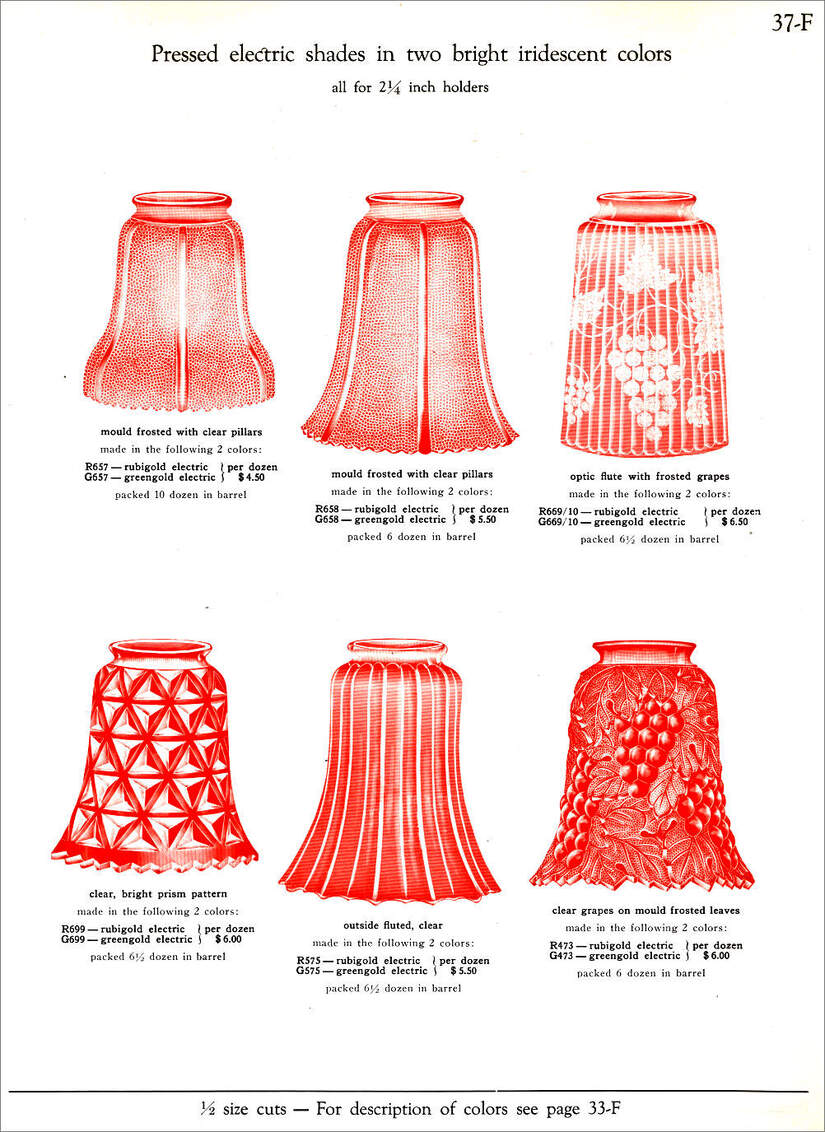 Here is the way Imperial described these two iridescent colours. 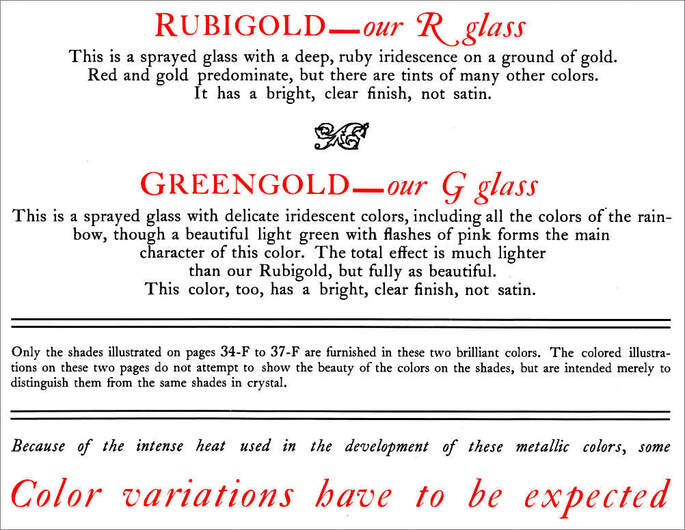 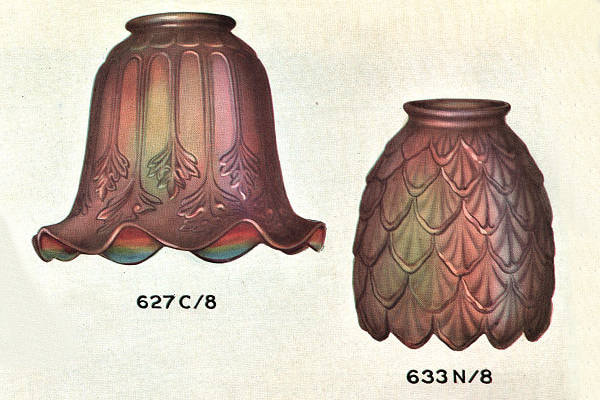 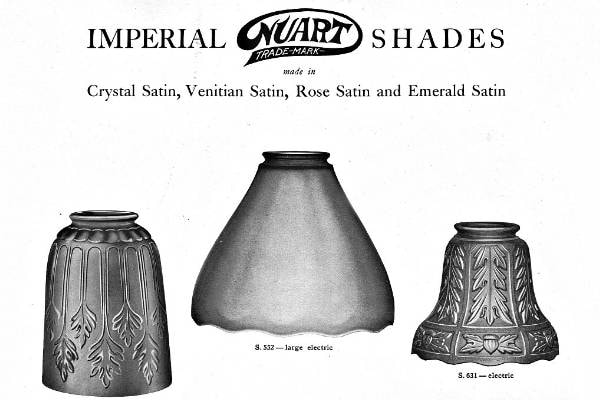 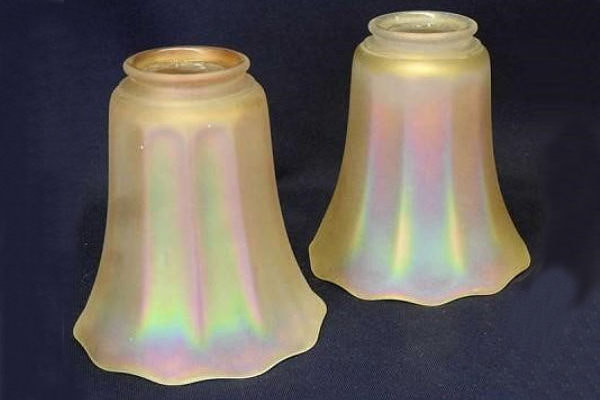 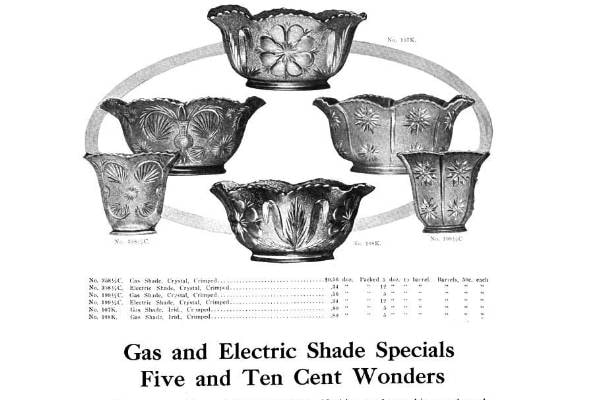 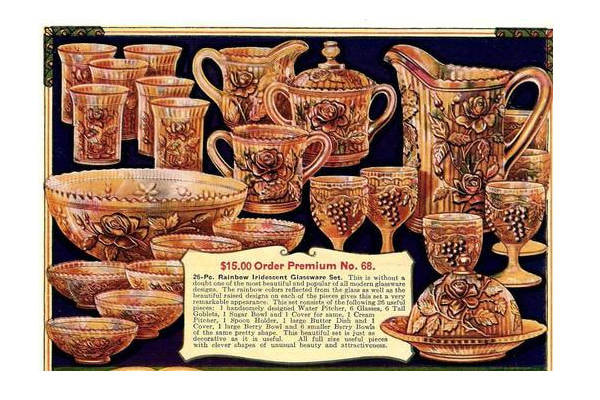 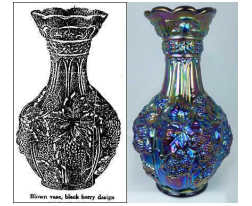 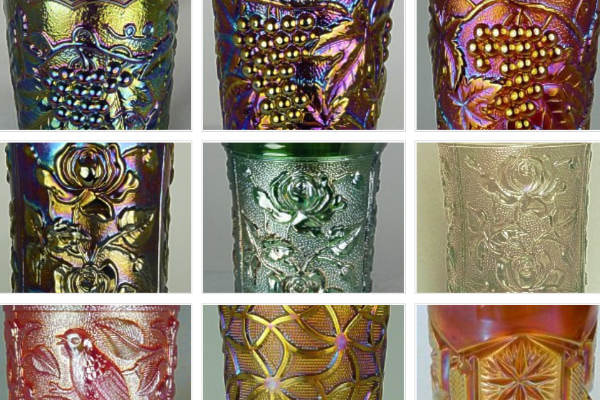 Imperial Carnival Glass Tumblers
Copyright © 2023 by G&S Thistlewood and the individual authors and contributors where named. Protected under all applicable international laws and all rights are reserved. No image, text, or any part thereof may be copied, shared or transmitted to others without permission from the Copyright holders. Information herein may not be posted or made available, in whole or in part, on any website, social media site, FTP site, electronic bulletin board, newsgroup, or their equivalent.