Here is the ad from November 17, 1910 shown full size so that the detail can be seen clearly. 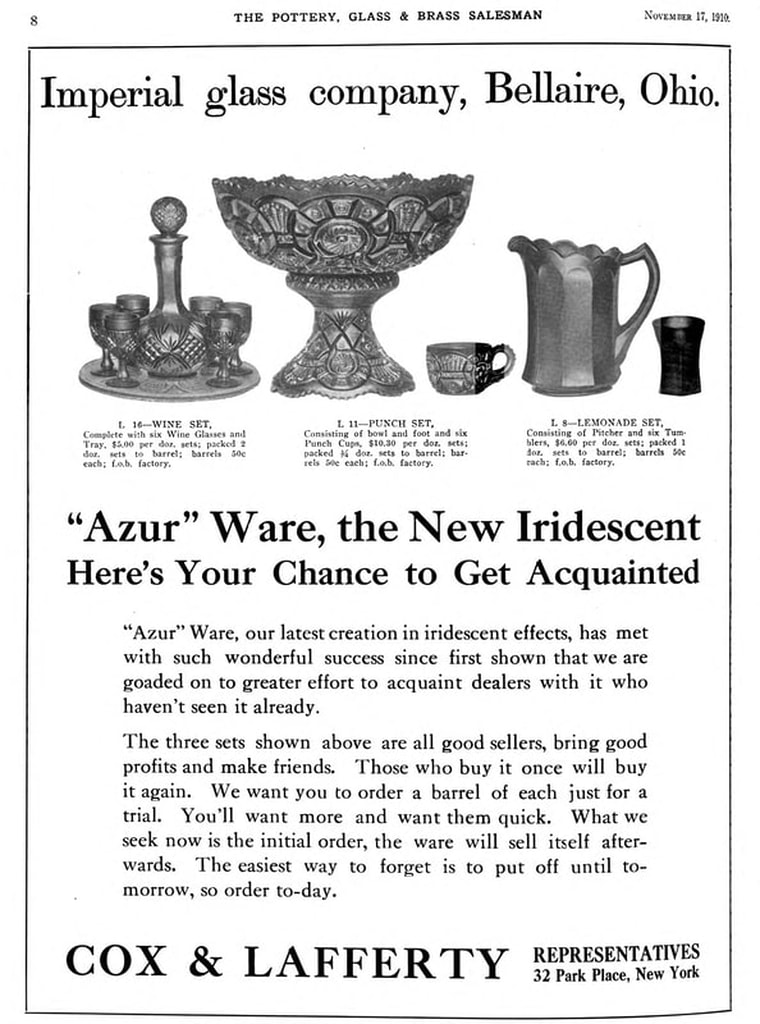 The items are Diamond and Sunburst wine set, Broken Arches punch set, and Imperial Flute "Lemonade Set".
​The items are all "Azur" which was Imperial's marketing name at the time for their purple Carnival.

Note that the prices are quoted as "f.o.b. factory"; "f.o.b" stands for "Free on Board". In contractual terms it meant that the buyer would pick up the cost of freight/transport (in this case) as soon as the packed goods left Imperial's loading bay.