Here is the ad from January 12 1911 shown full size so that the detail can be seen clearly. 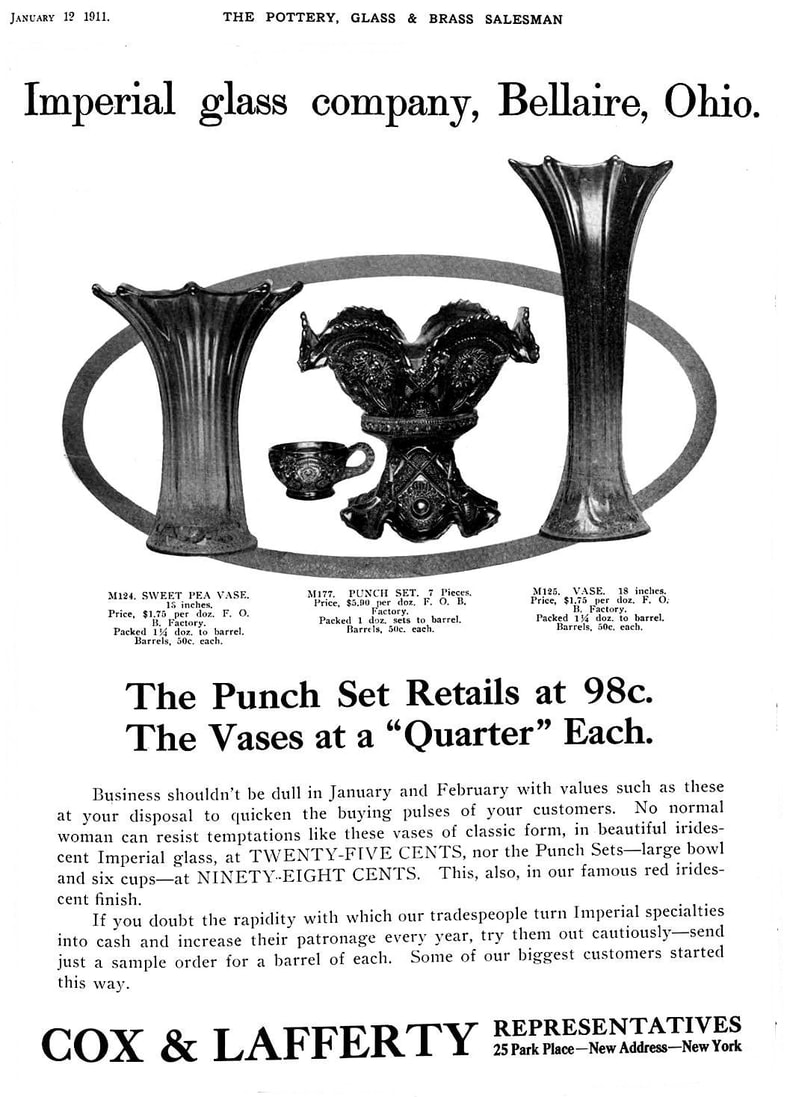 The patterns are Fashion (punch set) with Morning Glory vases on either side.
​
Cox & Lafferty image originally from the New York Public Library, digitised by Google.
Back to "Sell me some Imperial Glass!"
Copyright © 2023 by G&S Thistlewood and the individual authors and contributors where named. Protected under all applicable international laws and all rights are reserved. No image, text, or any part thereof may be copied, shared or transmitted to others without permission from the Copyright holders. Information herein may not be posted or made available, in whole or in part, on any website, social media site, FTP site, electronic bulletin board, newsgroup, or their equivalent.