Clambroth – a predominantly yellow iridescent effect, often showing pink and aqua tones, and sometimes described as looking like ginger ale. According to Imperial, the base glass was clear crystal, although there is a possibility that some items may have a lightly coloured base glass.

Honey amber – clear base glass with a golden honey iridescence.

Amber – brownish base glass which may be coloured by iron, sulphur or selenium (a variation of the pinks). The shade of brown in the base glass can vary tremendously, from almost yellow to a deep brown. Fenton’s amber varies hugely; Joan Doty writes “Fenton’s amber was an accidental colour. According to Frank Fenton, Fenton amber is red that didn’t strike properly, which explains why Fenton patterns found in red are also found in amber. It also explains the wide range of Fenton amber shades, from pale yellow to deep brown”.

Horehound – Northwood’s version of amber, sometimes called Rootbeer, has a greyish brown effect.
Pink – can be an offshoot of amber or possibly coloured with selenium. Dugan/Diamond made their pink “Afterglow” range using selenium. Fenton also made a small amount of Classic Carnival with a pink base glass, notably their Holly comport.

Very pale pink may also be colourless glass which was de-colourised with selenium or arsenic (or a combination of the two in conjunction with cobalt oxide). This results in a very faint pinkish amber tint. You can see this on some Riihimaki pieces, which may be one reason why they called Carnival, “Poison” glass. Using arsenic as a de-colouriser would not have helped in the health stakes!

Pink may have a pastel iridescence, as in the Eda Tusenskona (aka Floral Sunburst) bowl, below left ,or a heavy marigold or amethyst iridescence which can mask the delicate base colour.

Yellow – can also be an offshoot of amber, while cadmium too, gives a yellow coloured glass (but note this will have a dull, orange glow).

Yellow can have a pastel iridescence, in which case the item is clearly yellow as is the case with the Four Flowers Variant bowl on the right. It can also have a heavier iridescence which can mask the base colour.
Click on any image to look at more colours 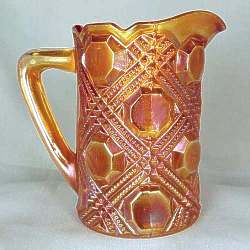 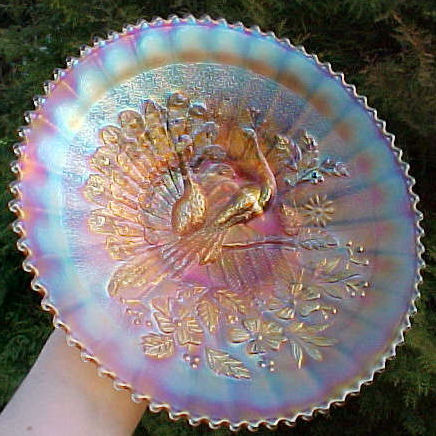 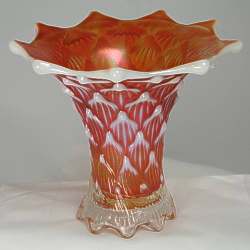 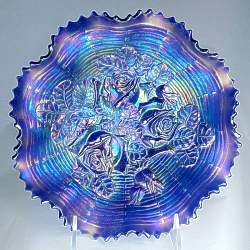 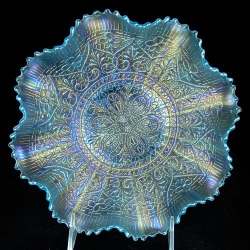 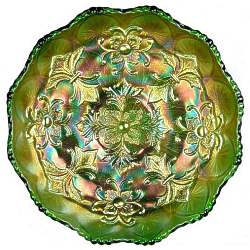 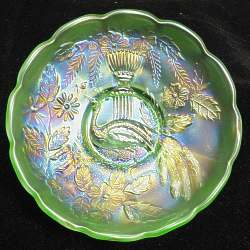 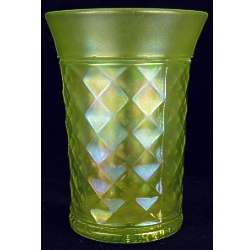 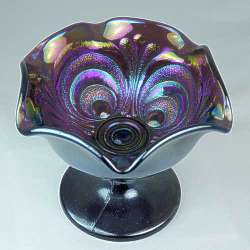 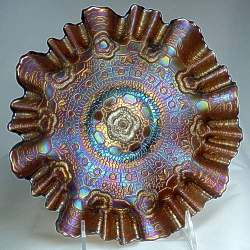 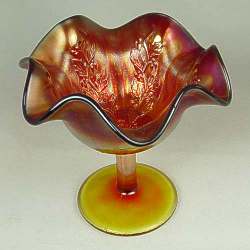 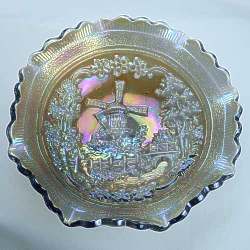 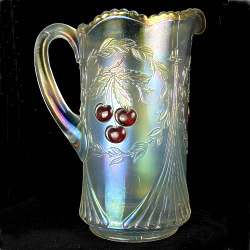 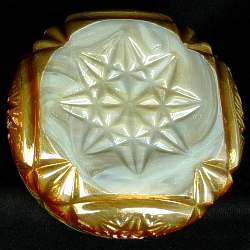 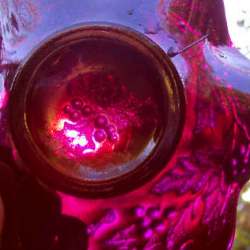 Controversies
Copyright © 2023 by G&S Thistlewood and the individual authors and contributors where named. Protected under all applicable international laws and all rights are reserved. No image, text, or any part thereof may be copied, shared or transmitted to others without permission from the Copyright holders. Information herein may not be posted or made available, in whole or in part, on any website, social media site, FTP site, electronic bulletin board, newsgroup, or their equivalent.