The articles below are from NetworK #2 and #3, 1994.
NetworK was authored and issued by Glen & Stephen Thistlewood. 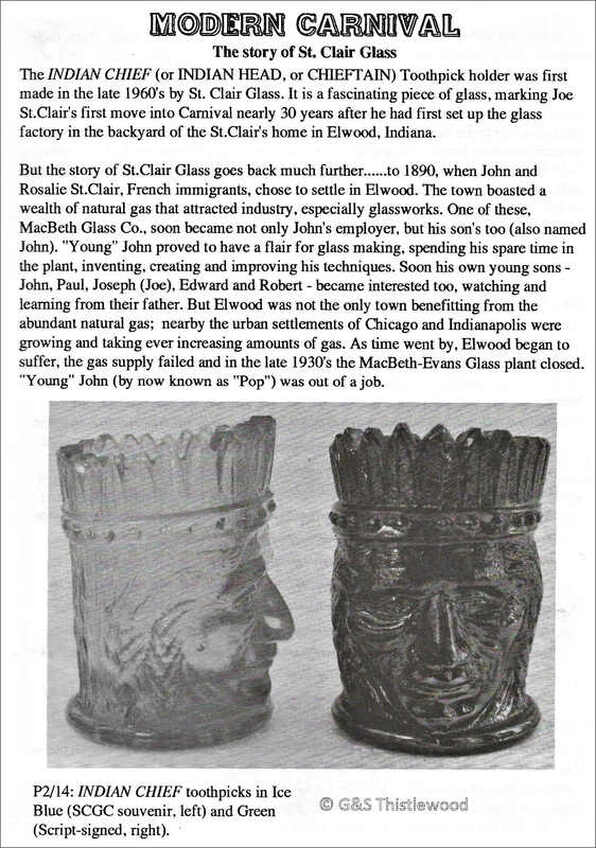 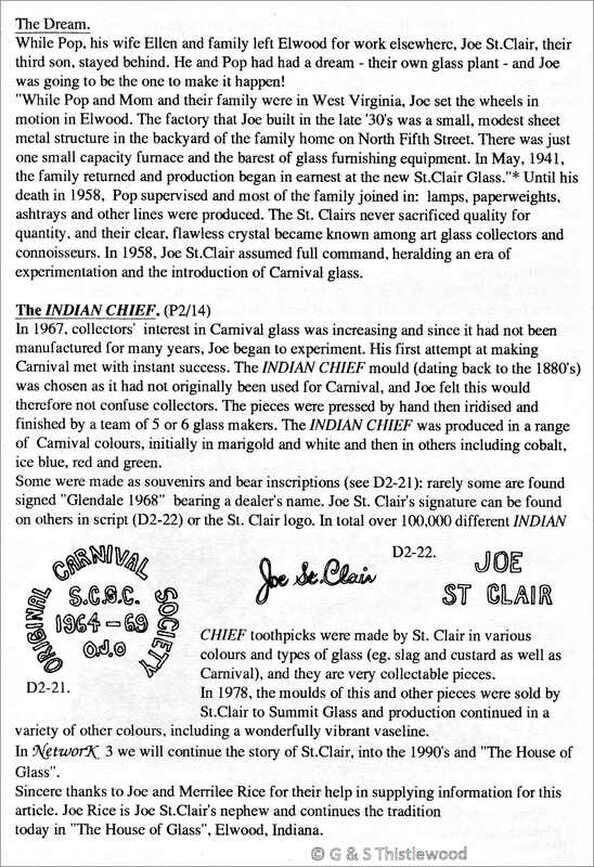 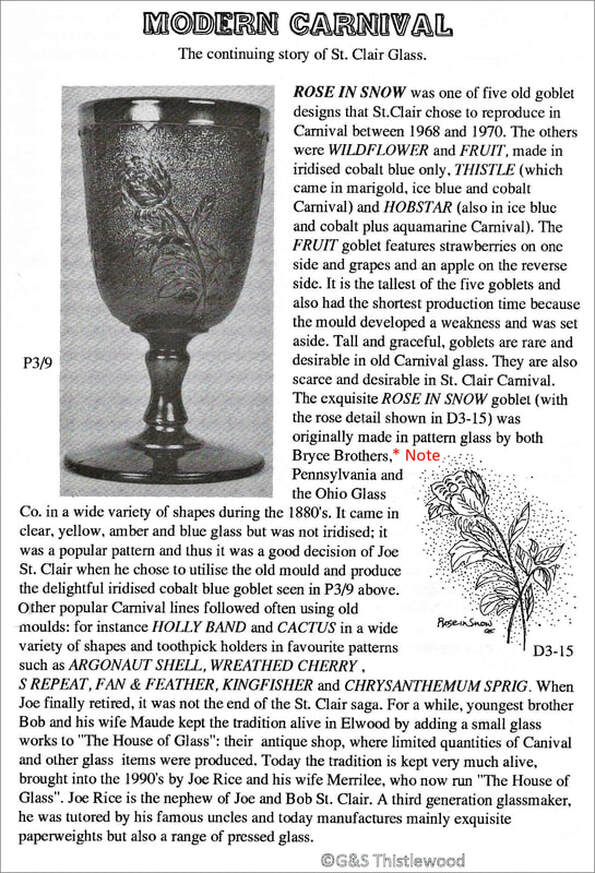 Kindly provided by Paul Kirk Jr., the author of “Homestead Glass Works: Bryce, Higbee & Company 1897-1907” pub. Schiffer Books, 2016. We are very grateful to Paul for this corrected and additional information.

"The Continuing story of St. Clair Glass" was written in 1994 based on the information that we had at the time. More recently (September 2019) when a picture of the Rose in Snow goblet was posted on our Carnival Glass NetworK Facebook Group, Paul Kirk Jr. provided us with corrected information regarding the original makers of this pattern, and also the Holly Band pattern.

Here is what Paul provided:

Rose in Snow. The information about the original makers being Bryce Brothers and Ohio Flint came from Kamm and is not correct. The original maker was Campbell, Jones & Company. It was their No. 125 pattern introduced in 1883. Some of the moulds did go to Bryce Brothers just before they became part of U.S. Glass Company in 1891. Only a few can be proven in company catalogs. Campbell, Jones & Co. suffered a fire and not all the moulds were salvageable. Ohio Flint had nothing to do with the pattern.

Kamm came up with many "facts" with absolutely no basis, and many have never been proven, and have been proven false. This is one of them! The goblet was reproduced as early as the 1930s from a new mould. This is probably the mould St. Clair acquired, as I don't believe the original moulds survived.

Holly Band. The pattern is a reproduction of Indiana Tumbler and Goblet Company's No. 450 ware, which was introduced in 1903. Though it was originally also made in clear glass, it was the flagship line for the company's Golden Agate color (now called "Holly Amber" by collectors). Some very rare experimental colors are known, such as rose opalescent and transparent medium blue. This was likely the last pattern produced by the company before it was completely destroyed by fire in June 1903.
​More Blasts from the past!
Copyright © 2023 by G&S Thistlewood and the individual authors and contributors where named. Protected under all applicable international laws and all rights are reserved. No image, text, or any part thereof may be copied, shared or transmitted to others without permission from the Copyright holders. Information herein may not be posted or made available, in whole or in part, on any website, social media site, FTP site, electronic bulletin board, newsgroup, or their equivalent.