Blast from the Past -Panelled Treetrunk, Dugan

The article below is from NetworK #16, 1997, written courtesy of Alan Henderson.
NetworK was authored and issued by Glen & Stephen Thistlewood. 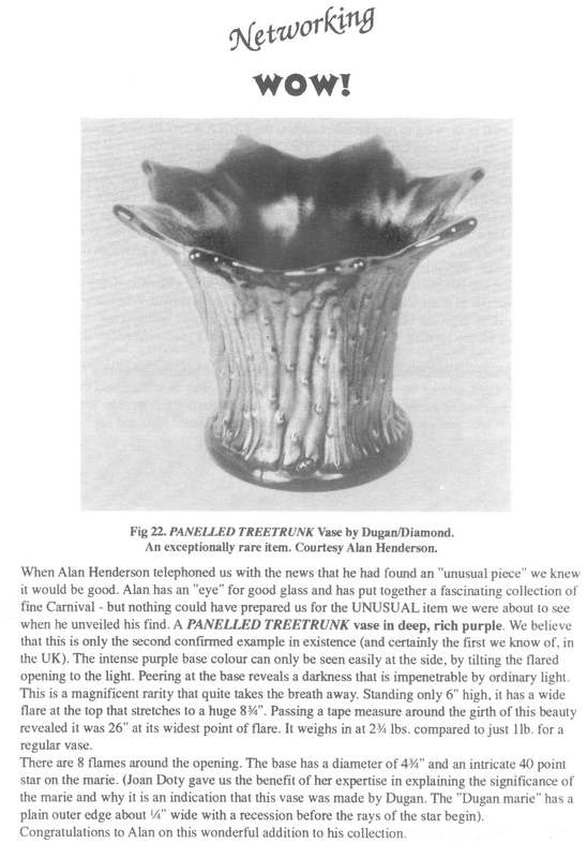 Our early NetworK journals were printed in black and white, although we were ultimately able to issue them with colour.

Naturally, the black and white images don't really do justice to such an amazing piece, and a couple of years later, we were able to photograph this rarity in all its glory - here it is! 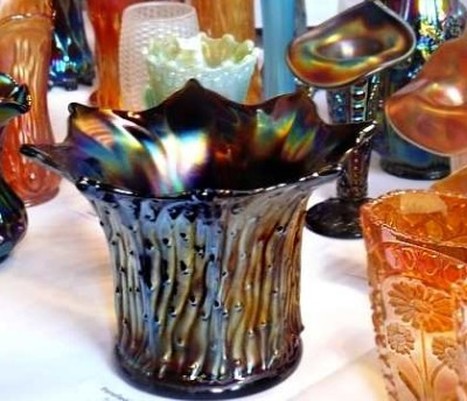 Dugan's Panelled Treetrunk unswung vase / jardiniere in purple.
It is 6 inches high with an 8¾ inch flared top.
​Developments in 2017

A purple 12 inch swung version of these beauties came up for sale at a club convention.