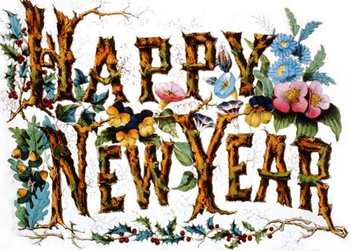 We hope your New Year is a golden one, full of happiness and joy. And what better way to celebrate the New Year than a look at some golden treasures – the Golden Patterns.

Click on the picture to read all about the Golden Treasures.
​
January Sales and The Bargain Basement

January! In the past, it meant only one thing … time for “The Sales”, the after-Christmas price cuts to clear over-stocked items and make way for spring goods.

Turn the clock back to the early 1900s - what kind of “sales” did they have then? Basement sales - introduced in the USA as far back as 1885 by a certain Mr Harry Selfridge (later of Selfridges, London fame), that proved to be perfect for selling Carnival a couple of decades later.

The Basement Sales technique was used with great success elsewhere, including in Australia. The ad below (left) is from the Hebrew Standard of Australasia of October 1925, and yes, Carnival was on offer in the Strand Basement in Sydney. And what an offer it was! Shown below is the artist’s stunning rendition of the three Imperial vases that were for sale in the Basement. Joan Doty’s exquisite photograph of the same three vases on the right, brings them to life in front of our eyes. From a black and white line drawing to shimmering colour. Imperial at its stunning best.

​The vases are, from left to right: purple Beaded Bullseye, purple Ripple and marigold Parlour Panels. 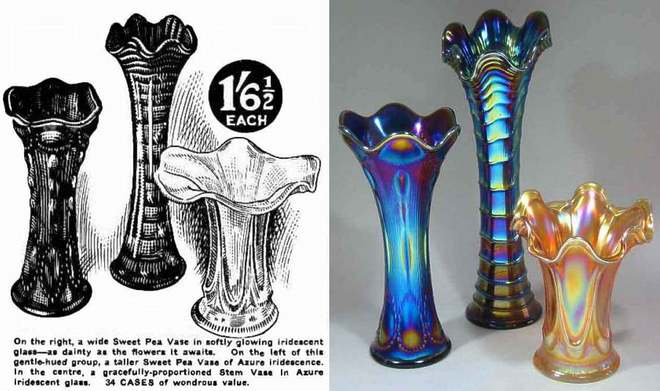 Read the full story with much more information and illustrations in Carnival Glass in the Bargain Basement.

​Of course, as wholesalers of a massive range of household goods, Butler Brothers were intending that their helpful advice would also make store owners buy their stock from their catalogue! The booklet has some fascinating illustrations, and in a "first" for Carnival Glass Worldwide we have published extracts elsewhere on our website - visit the Butler Bothers Basement Store.​
​
Read more issues of NetworK
Copyright © 2023 by G&S Thistlewood and the individual authors and contributors where named. Protected under all applicable international laws and all rights are reserved. No image, text, or any part thereof may be copied, shared or transmitted to others without permission from the Copyright holders. Information herein may not be posted or made available, in whole or in part, on any website, social media site, FTP site, electronic bulletin board, newsgroup, or their equivalent.