As collectors and researchers become more aware of Carnival Glass being found in South America, it is inevitable that new patterns are being found. But who made them? 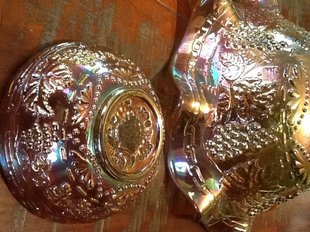