Read All About It - More Melon Rib Revelations

As we reported in 2013, our research provided proof positive that the Melon Rib vases were definitely made by Crown Crystal Glass of Australia.

The crucial element in our research was finding an ad, dated 1938, in "The Argus" - a Melbourne newspaper. It turned the key to what became a treasure chest of knowledge, and which is fully reported here: Read All About It - The Melon Rib Proof!

Following further research, we can now reveal more information about Melon Rib vases - more amazing pictures, and more magnificent ads from the Australian press - ads that span some 30 years, from the 1930s through to the 1960s.

And also note this: “Originated, Designed and Produced in Australia by Crown Crystal Experts”.

That last line was, of course, referring to all the glass items that were shown, which included lighting ware and architectural “Agee” glass bricks. It was all embracing and it shows that the Melon Rib vases were indeed Made in Australia! 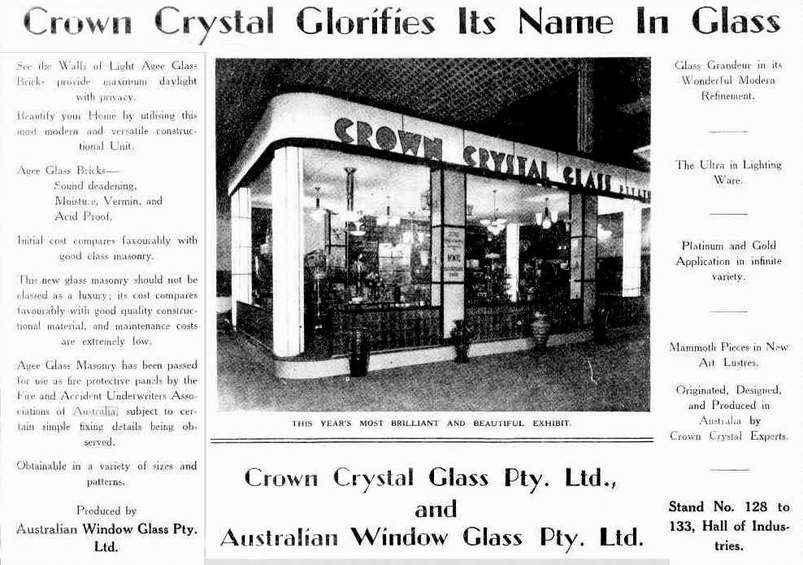 ​Below, on the left, is a closer look at the Crown Crystal Exhibition stand, and the massive vases in front of it, and on the right, courtesy of Jamie Sullivan, is an image that clearly shows the size of these truly impressive Melon Rib vases. This vase, which collectors have called an “Ali Baba” vase in the past, is marigold. Jamie reports: “it’s massive and stands 75cm tall”. That’s almost 30 inches … two and a half feet high! Jamie adds that it is 26cm (just over 10 inches) across the rim and 25cm across the base. The glass itself is quite thick at around 7mm (around a quarter of an inch).
The Australian Worker, 1938

Here is another splendid 1938 newspaper picture, this time from “The Australian Worker”. It shows us inside the Crown Crystal display room at the 1938 Sydney Show, where we can make out various shapes and sizes of Melon Rib vases - part of the show's "most brilliant and beautiful exhibit". 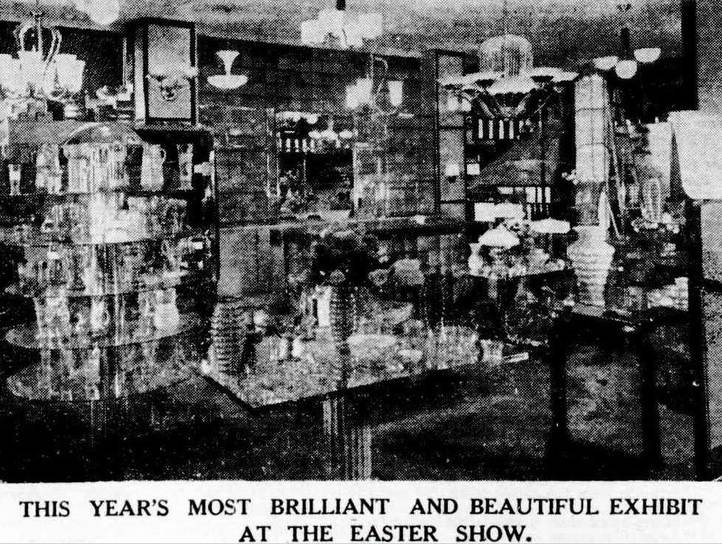 This ad is from a 1941 "Western Australian" newspaper, showing what was called a "Gloria bowl" and a "7-pce. Salad Set", all in "Sunset Glass" (surely this was marigold). On the right, courtesy of Andrew Mitchell, is a picture of his large 8” serving bowl and a small (just under 4”) bowl that were part of that salad set.

​This second is also from 1941 and was for the Edment store in Hobart. It is from another newspaper, the "Hobart Mercury". There are two Melon Rib items in "Sunset”, and again we see “Gloria”. The prices are interesting: Gloria was offered at a knock-down price (roughly around $35 Australian), and at a cheaper price than it was being offered for sale in Perth. The ad also offered a "Moderne" Melon Rib vase. On the left - a re-creation of this ad, courtesy of Auntie Trace.

​We can date the introduction of the Carnival Melon Ribs to the 1930s, but when did Crown Crystal stop making them?

​A fascinating photo from 1961 of the Australian Glass Manufacturers showrooms, in Melbourne, Victoria, gives us a glimpse of what are surely three Melon Rib vases beside the crystal and Pyrex displays.  See them on the top detailed image, on the top right shelf. Amazing! 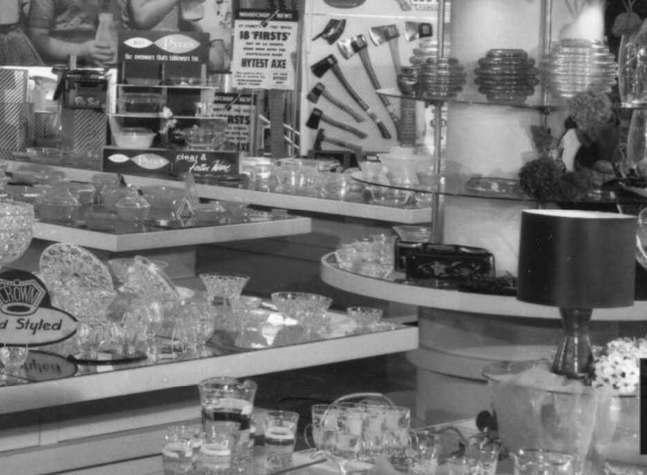 Above and below: Australian Glass Manufacturers showroom, 1961, courtesy National Library of Australia and Wolfgang Sievers 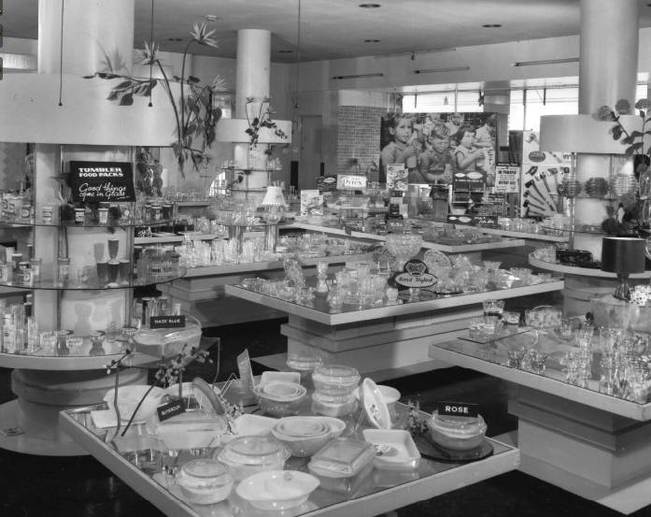 ​Read more about Melon Rib (and see more intriguing contemporary ads) ...
Copyright © 2023 by G&S Thistlewood and the individual authors and contributors where named. Protected under all applicable international laws and all rights are reserved. No image, text, or any part thereof may be copied, shared or transmitted to others without permission from the Copyright holders. Information herein may not be posted or made available, in whole or in part, on any website, social media site, FTP site, electronic bulletin board, newsgroup, or their equivalent.