Blast from the Past - Child's Play

The article below is from NetworK #18, 1998.
NetworK was authored and issued by Glen & Stephen Thistlewood. 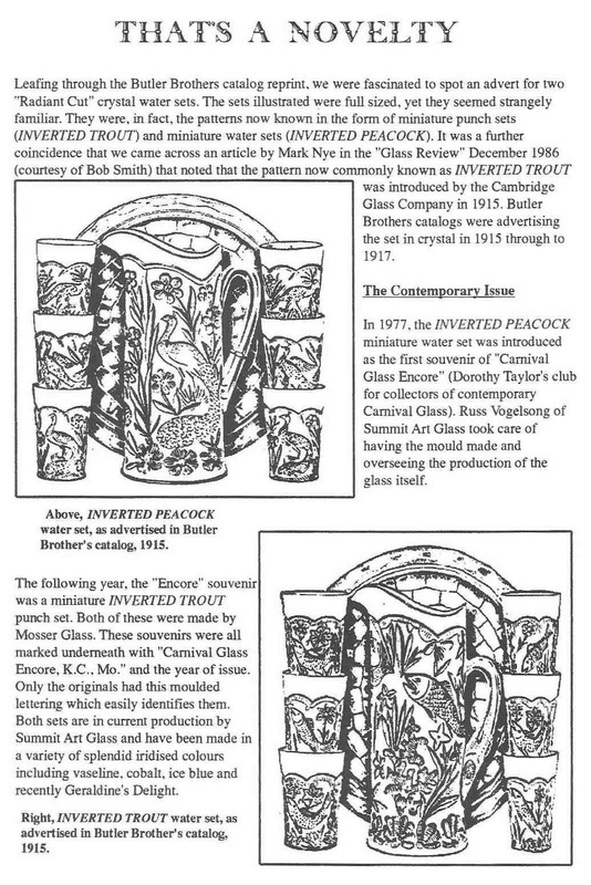 The Inverted Peacock miniature water set turns up regularly on auction sites and on "what is it" posts on facebook. It has been made by Summit Art Glass in a wide variety of colours - iridised and non-iridised - almost continuously over many years.

Update: the mould maker was Al Botson of Botson's Machine and Mould Company, Cambridge, Ohio, who made a number of moulds for Dorothy Taylor / Encore (including the series of eight mini baskets featuring representations of Classic, old Carnival Glass patterns), as well as moulds for other glassmakers.