The Indiana Glass Company was formally created in 1908, though the origin of the factory was some years earlier - in 1896 when it was used for building and repairing railroad carriages. It was acquired by The Beaty and Brady Company which started to make domestic glassware, and later, in 1899, it became part of the National Glass Company combine. When this company failed, the plant was bought from receivership and became the Indiana Glass company.
Old moulds are re-worked

​Purple and rare black were also used by Indiana. 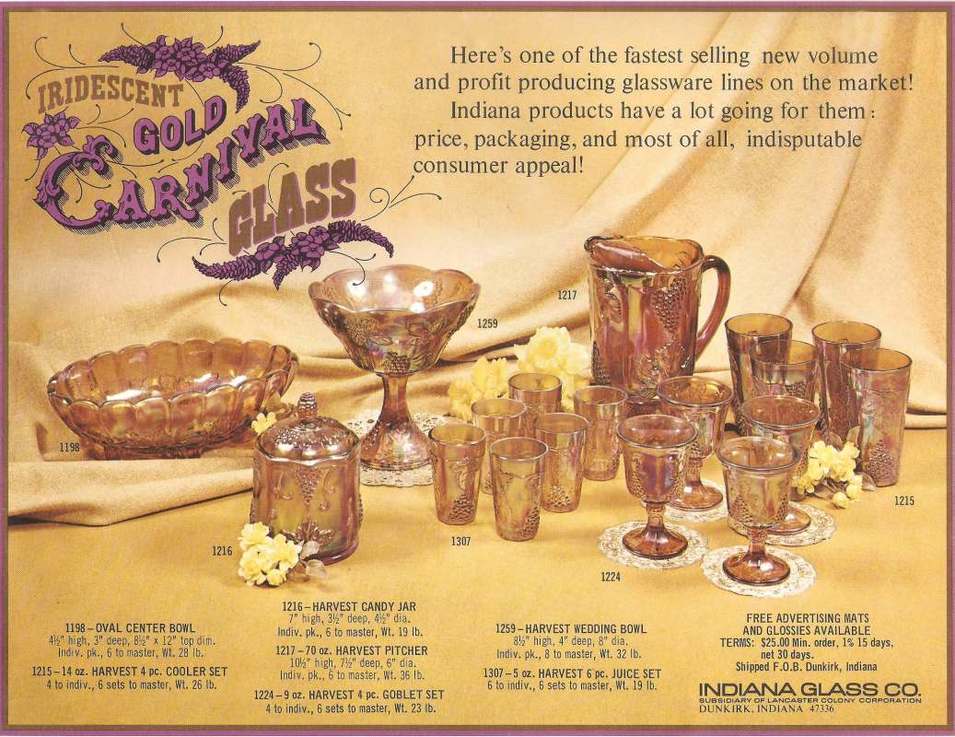 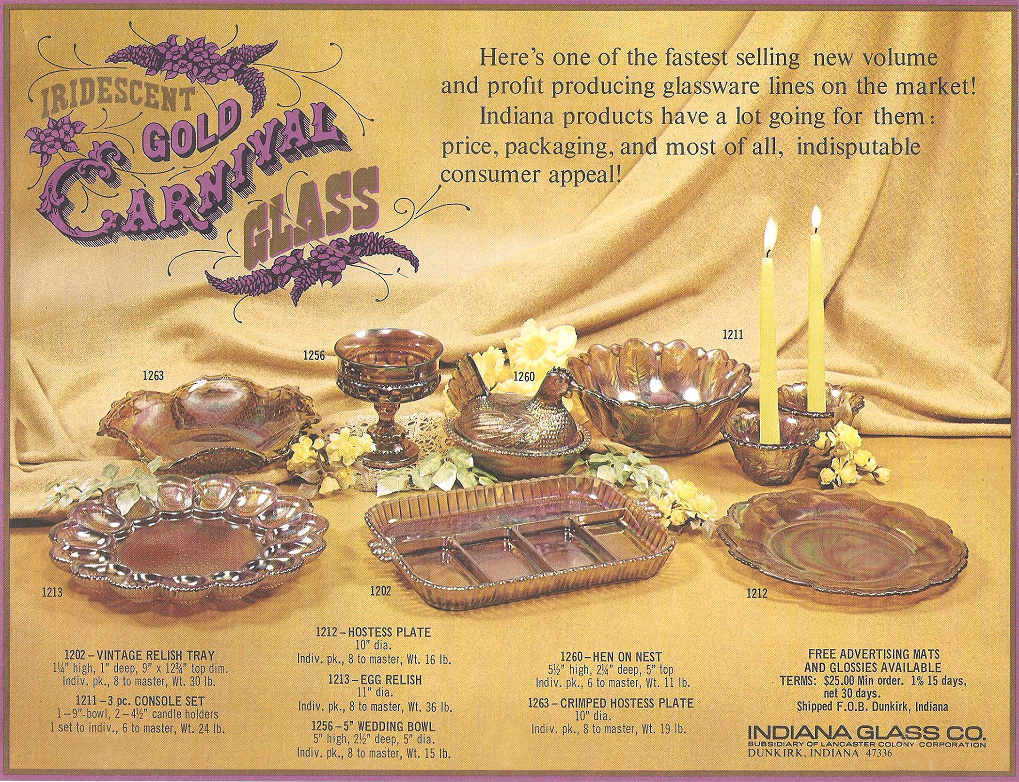 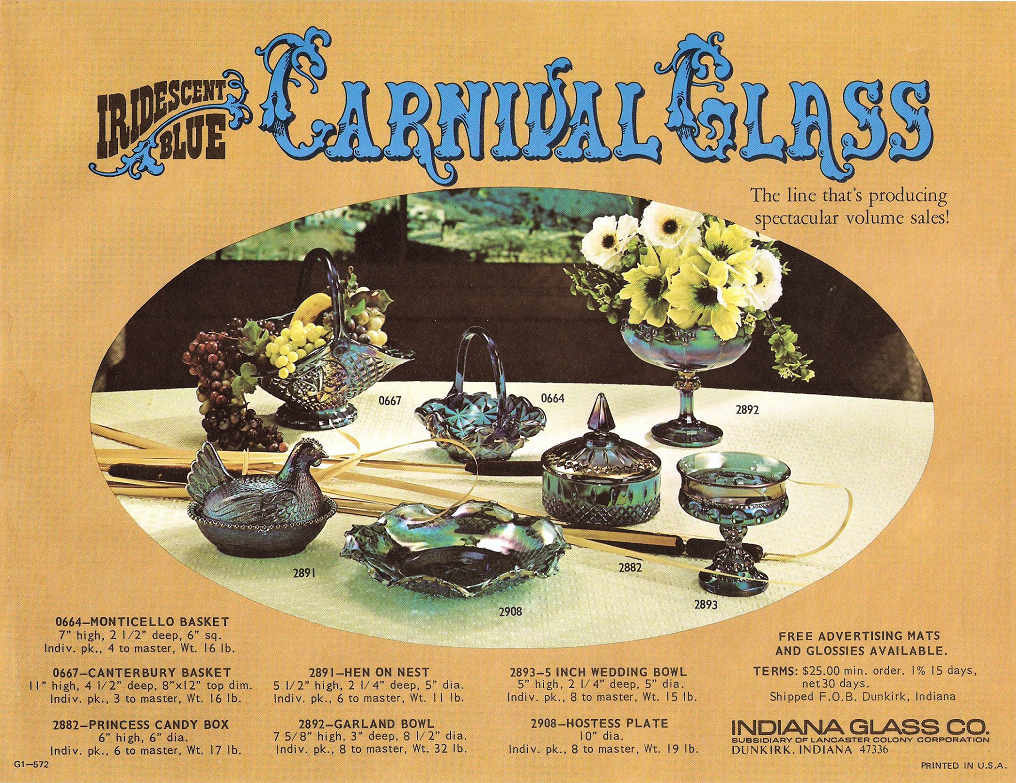 "Iridescent Blue" Carnival Glass - spectacular volume sales!
#0664 Monticello Basket; #0667 Canterbury Basket; #2882 Princess Candy Box; #2891 Hen On Nest;
#2892 Garland Bowl; #2893 5 inch Wedding Bowl (aka Kings Crown); #2908 Hostess Plate, ruffled.
​A report from California, written for Carnival Glass Encore in 1984 noted that Indiana Carnival Glass first appeared in local Safeway stores in 1970: "at that time it was really cheap, all the major drugstores had a big line." The K-Mart ad on the left below is typical of how their glass was being promoted and sold through various major outlets. Later, in the 1980s it was being sold in Thriftway grocery stores in colourful Indiana boxes.
Read more about Indiana's Contemporary Carnival Glass - click on the images below. 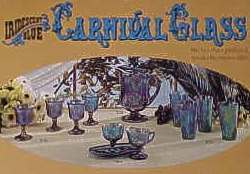 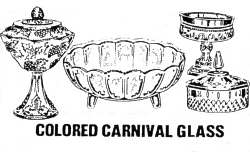 Indiana Harvest in the Press 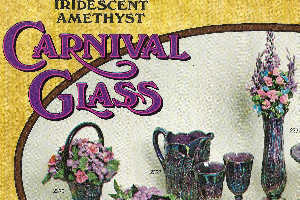 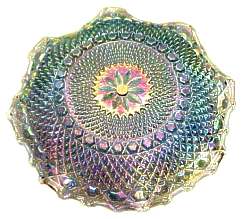 Indiana Hostess pattern
Copyright © 2009-2021 by G&S Thistlewood and individual authors and contributors where named. Protected under all applicable international laws and all rights are reserved. No image, text, or any part thereof may be copied, shared or transmitted to others without permission from the Copyright holders. Information herein may not be posted or made available, in whole or in part, on any website, social media site, FTP site, electronic bulletin board, newsgroup, or their equivalent.