Foy & Gibson (locally known as "Foy's"), established in 1875, was one of Australia's largest and earliest department store and mail order chains. From the 1950s and 60s, the chain's stores were gradually sold to other businesses (including Woolworths), and the Foy name finally disappeared.

This is an extract from Foy's 1923 catalogue and is of interest to Carnival collectors because it included two Carnival Glass items, described as being a "rich golden color" (which was most likely marigold), both being made by Fenton in the USA. 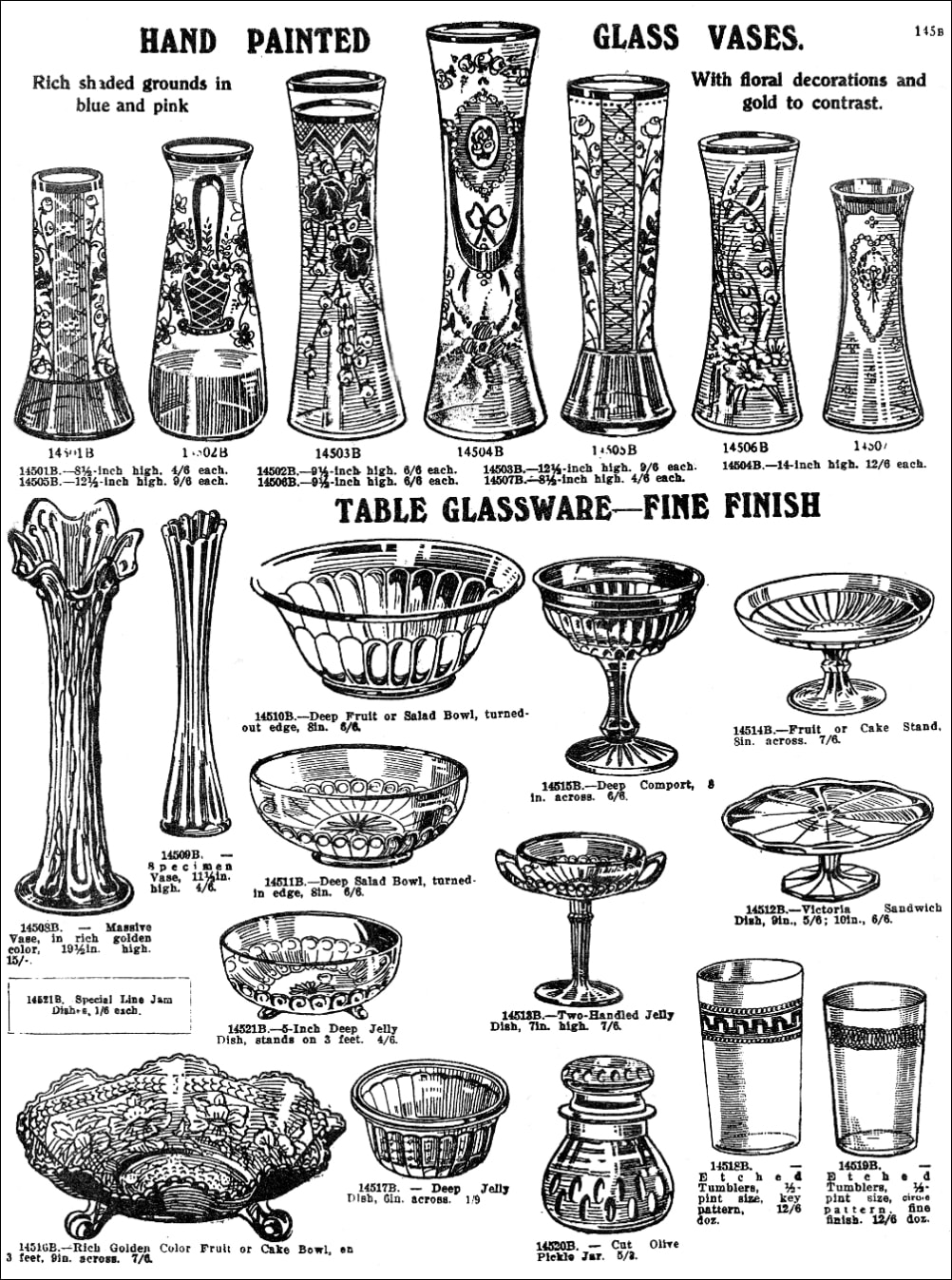 Foy's seemed to have resourced their glassware from all around the world, but they also sold items made in Australia by Crown Crystal. In one of our unique  "Sell it to me" articles, we show another Foy & Gibson extract from 1924, showing what they called "Aurora Glass" - the pattern shown was Crown Crystal’s Kingfisher. Foy's used a clever marketing ploy in Perth - a Red Tram - to take customers directly to their store. Real all about it here: Take the Red Tram.
Copyright © 2023 by G&S Thistlewood and the individual authors and contributors where named. Protected under all applicable international laws and all rights are reserved. No image, text, or any part thereof may be copied, shared or transmitted to others without permission from the Copyright holders. Information herein may not be posted or made available, in whole or in part, on any website, social media site, FTP site, electronic bulletin board, newsgroup, or their equivalent.