Fenton in the Press

The newspaper article that first caught our eye was this one: in bold letters we read FORMER INDIANA BOYS HAVE FINE FACTORY – The Fenton Brothers are at the Head of Thriving Glass Plant.

The article noted that “the business is conducted by three brothers John, Charles (Chip) and Frank (Turk) Fenton” and it went on to explain that “the factory is built of concrete blocks and in this respect it enjoys the unique distinction of being the only glass plant in the United States so constructed.”
​Boats and Barrels, 1907-1908 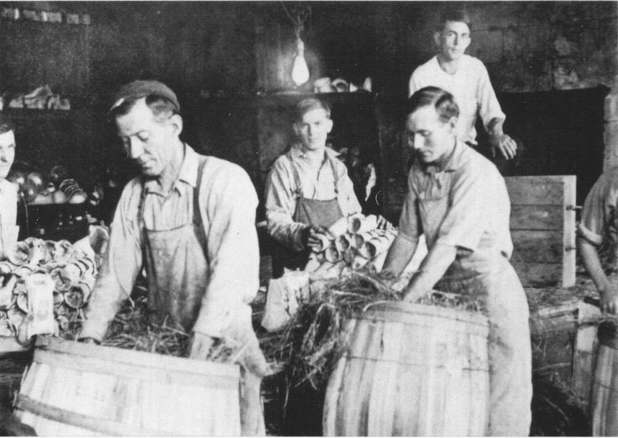 Above: Workers at the Fenton Art Glass factory circa 1907-1908, packing glassware into straw-filled barrels. They must have been very proficient at filling them as they managed to pack six full water sets or four full punch sets into just one barrel. Smaller items fitted better! There were forty eight regular sized comports (or, if the customer preferred, seventy two standard sized vases) packed inside just one barrel. However, the prize for the fullest packed barrels surely went to the “assortments” which comprised ninety mixed items including bowls, comports, vases and bonbons – all carefully packed into just one wooden barrel. Courtesy Fenton Glass Museum and the late Frank M. Fenton.

Below: Barrels of glass being loaded onto an Ohio riverboat in 1907. Courtesy Fenton Glass Museum and the late Frank M. Fenton. 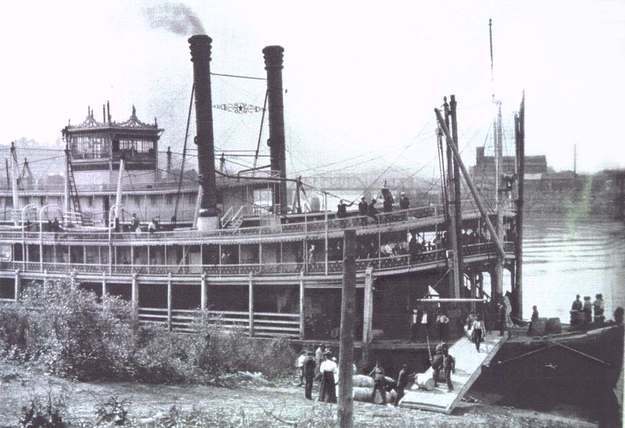 The very first known Fenton ad for what we know today as Carnival Glass, appeared in Butler Brothers in September 1908, featuring a “Golden Sunset Iridescent Assortment”. The following year, several more fascinating ads for Fenton's Carnival Glass appeared in Butler Brothers – here are two of them.
​And here are pictures of the kind of work that these boys could expect to be doing in the factory.