Carnival Glass made in South America is a developing story. We have known for a long time that Carnival was made in South America - some pieces are fully marked with the maker's name, so there is little doubt about who made them - pieces like the CR Ashtray and the Beetle Ashtray (both patterns made by Cristalerias Rigolleau, Argentina). However, very recently, other pieces are emerging from newly discovered makers like Esberard in Brazil, and we can expect more in time.

So far, there has been a relative lack of published catalogue evidence, and we are pleased to bring you these pages from a Cristalerias Piccardo catalogue from the early 1930s, showing some of their Carnival Glass production ("Irisados", meaning iridised), including Imperial and Rosas (aka Band of Roses).

With grateful thanks to Bob Smith, Boston, USA for providing the copies of the Cristalerias Piccardo catalogue from which the following images have been taken. The copies were a little indistinct, especially the last one we show below, but we have enhanced them and cleaned them up significantly. They provide a valuable record of Piccardo's Carnival Glass. 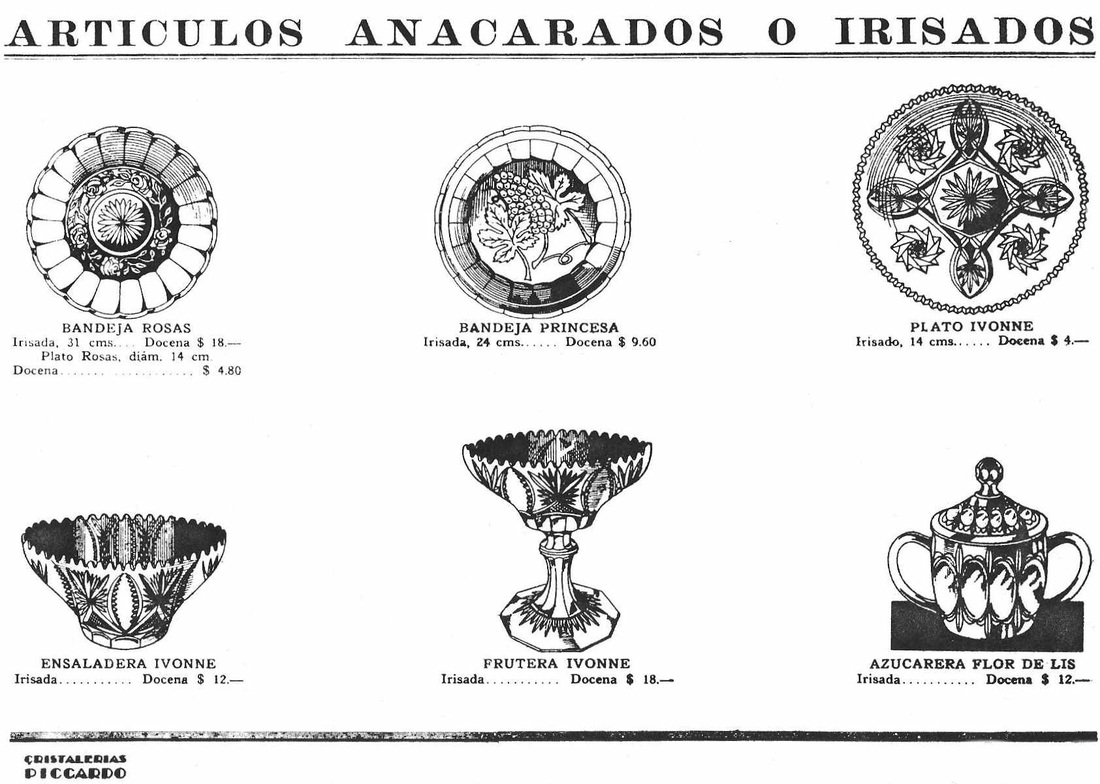 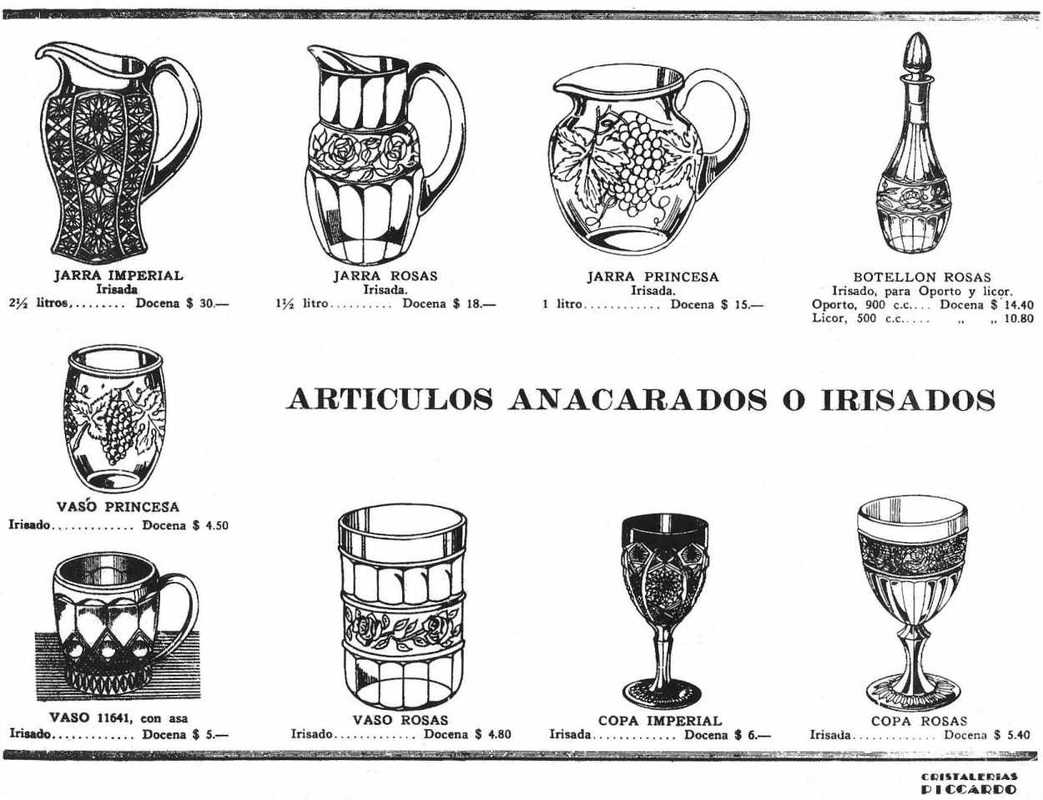 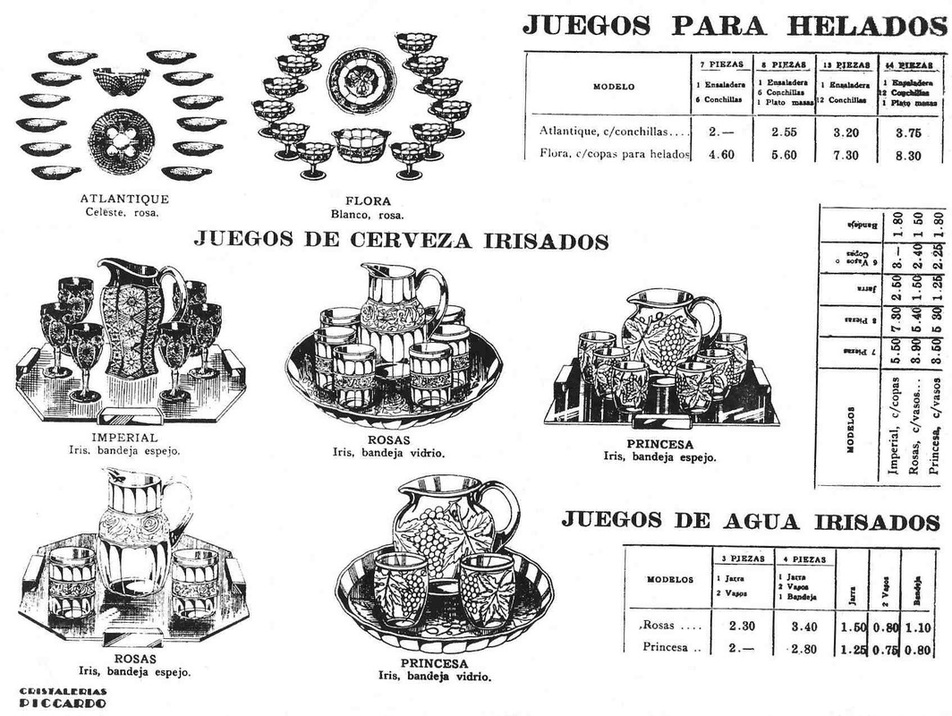 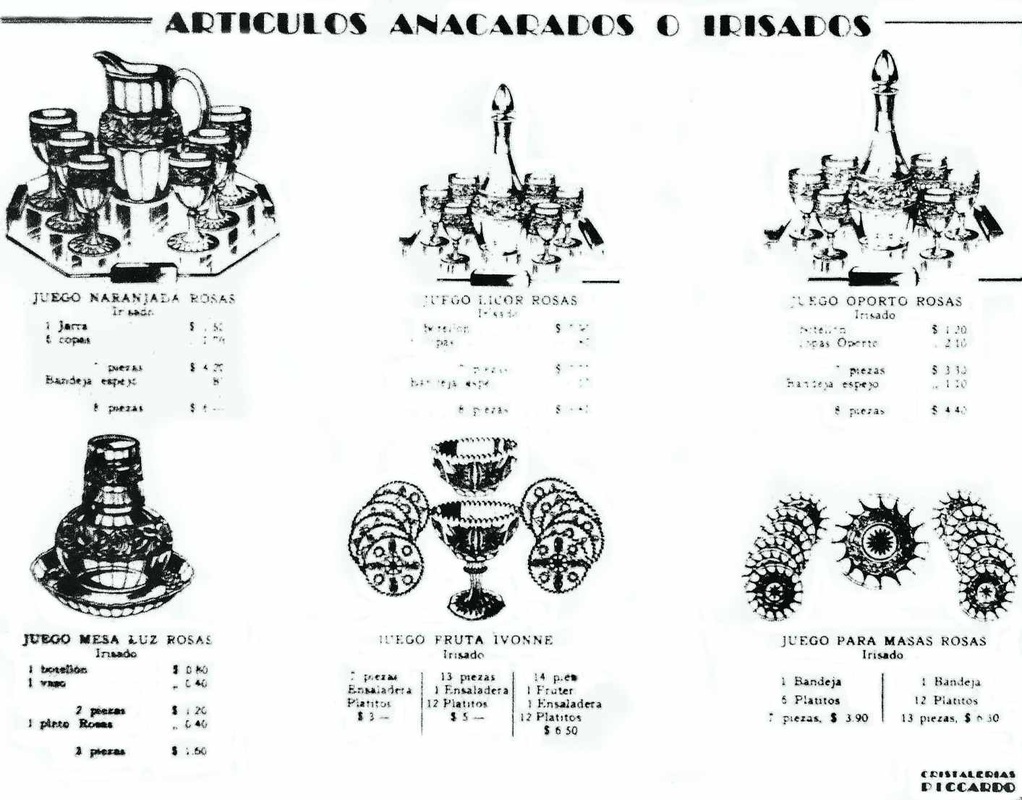 To read more about Carnival Glass from South America - go to the South America homepage and follow the links at the bottom of the page.
Copyright © 2023 by G&S Thistlewood and the individual authors and contributors where named. Protected under all applicable international laws and all rights are reserved. No image, text, or any part thereof may be copied, shared or transmitted to others without permission from the Copyright holders. Information herein may not be posted or made available, in whole or in part, on any website, social media site, FTP site, electronic bulletin board, newsgroup, or their equivalent.